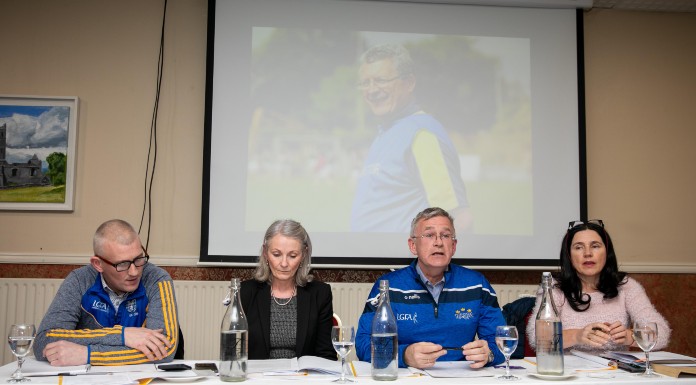 Outgoing treasurer of Clare Ladies football Bernie Regan told this week’s annual Convention that the board have a balance of over €11,000 at the end of the 2019 financial year.

The Wolfe Tones clubwoman was presenting her final treasurers report as she stood down from the role, with the Mayo native having also spent time as chairperson of the board.

The income for the year to the end of October stood at €106,468 while the treasurer informed the meeting that other church gate collection fundraisers were not included in that figure as they took place after the books had closed. Expenditure for the year came to a total of €92,035, with the intermediate team expenses taking up the bulk of that figure at a cost of €53,402.

The treasurer outlined that the largest income figure was gate receipts with almost €25,000 taken at matches during the year, while there was also a €9,000 Women’s Gaelic Players Association grant along with €2,500 from the Credit Union groups who have been the sponsors of Clare Ladies football for the last four seasons. The treasurer informed the meeting that 2020 would be the last year of this sponsorship, and thanked all involved for the support they have provided over that time.

Ciara Harvey of West Clare Gaels also outlined a breakdown to the meeting of the monies generated from the Night at the Oskars event which was held last year in conjunction with the senior men’s football squad. She stated that the event raised a profit of €54,400 which is to be split evenly between the men’s and ladies teams with the funds earmarked to be used for further development.

Meanwhile, the first motion discussed on the night came from Banner Ladies, who asked that the senior championship structure revert back to the old system whereby all senior teams are included in the group stages of the competition. It came as 2019 saw a revamped system introduced, with the Banner being given an automatic bye to the semi-final before going up against one of the teams that came through the group stages. Manager JJ O’Dea outlined his dissatisfaction with this format, stating that in his view, it was not good enough for their senior team to have had just two championship games in 2019 and outlined that players can only improve by increasing the amount of games they get. Chairman David O’Brien said that the proposal would be reviewed by the fixtures committee before any decision was made.

The positions of assistant secretary and PRO were left vacant with delegates asked to identify people in their clubs that may be interested in getting involved on the board. It is hoped those positions will be filled at the first meeting of the 2020 season.