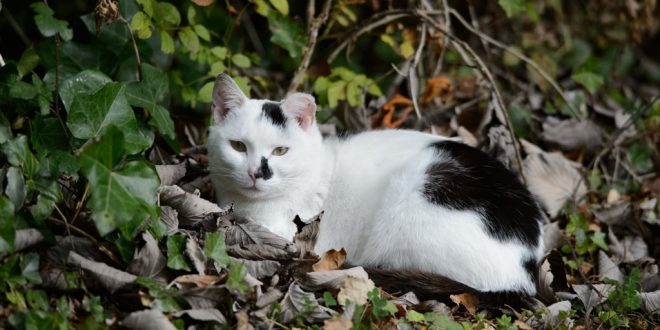 Nuala is the cat’s whiskers

A FORTUNATE feline has managed to land on his feet after finding a ‘purr-fect’ friend in Ennis. A stray cat has become a regular fixture around Glór and six months ago, he caught the attention of an animal lover who has gone to extraordinary lengths to ensure all his nine lives are kept.

Nuala Costello, wife of Ennis vet Michael Costello, feeds the stray she has nicknamed Pio every day, even travelling from her home in the Burren on weekends.

In a positive ‘tail’ that gives ‘paws’ for thought, Nuala explains that when she first caught sight of the cat in the undergrowth of the car park, he was “small, puny and miserable looking” in desperate need of food. However, with her care and attention Pio, named after Padre Pio, has thrived. It seems Pio himself thinks that Nuala is the cat’s pyjamas, rushing to her whenever she arrives on the scene.

“When I first noticed him, I called him and he ran away. The next day he looked very scrawny and skinny and I thought I’d better start feeding him. I was leaving him a little meal every day and after a while he began to trust me. If he sees me coming now, he will run to me and he recognises my car coming into Glór. He comes flying down from a tree. He’s afraid of people in general. I think he strayed from somebody because he doesn’t trust people. He has been neutered. I feel he was abandoned or he left, the poor little fella,” she said.

As well as feeding him, Nuala also managed to slip deworming, defleaing and pain medication for a sore paw in his food.

“There’s been a huge improvement in him. He’s not a huge cat but he has gorgeous silky hair, his teeth are lovely and his eyes are bright.”

It appears that Pio really is the cat that got the cream. Nuala explains, “When I first started feeding him, he would eat anything. But he won’t eat cat nuts anymore. He knows if he hangs on, he will get something else. Today he had a starter of smoked salmon and then turkey.”

Nuala doesn’t work in Ennis on weekends but that doesn’t mean that Pio misses out. She travels from the Burren National Park into Ennis to feed the animal and make sure he’s ok.

“I believe more people should look after animals,” she said.

Pio went missing for a number of days, during which Nuala said, “I nearly lost my life” but he returned to the car park.

Nuala outlined that while she would love to give Pio a permanent home, she does not want to cause upset by trying to remove him.

“I don’t want to distress him by bringing him home; he loves where he is. My husband said if he does really want to come home, it will be on his terms not mine. But if he wants to come home, I would give him a lovely home. Hopefully, someday,” she concluded. 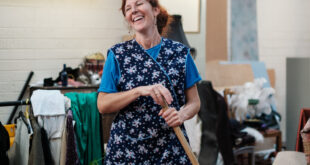 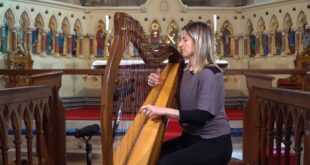