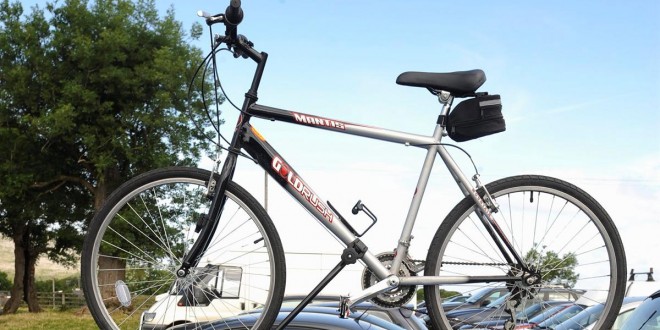 IN just over two weeks, the 2014 Post Rás will bring international riders and their support teams and fans to North Clare. Lisdoonvarna will play host to the second-stage finish on Monday, May 19, and will also see the peloton set off on stage three the following morning.

“It’s fantastic to see the An Post Rás come to Clare. We have a very exciting line-up of teams this year so I’ve no doubt it will be a thrilling couple of days racing. I’m sure that the locals will show some great support to the riders as they make their way through the county,” said national organiser, Tony Campbell.

Following the second stage set-off from Roscommon that morning, the peloton will embark on a 160-kilometre trek to the stage finish in Lisdoonvarna. Mr Campbell expects to see plenty of action, particularly in the final few kilometres.

“It will be a fast day, coming in from Roscommon, but there is a hard climb about eight kilometres from the end so that could make for a very interesting finish.”

Organisers are urging locals to come out and cheer on the riders as they pass through the county.

“It’s not every day we have riders of this calibre competing on our roads. There are teams travelling from as far as Canada and New Zealand to get a taste of the Rás, so not only is it great for the local Irish riders to get to pit their wits against competitors of that quality, but it’s also great for fans of cycling to witness this spectacle right on their doorstep,” said Mr Campbell.

He added, “I would urge all local communities and schools, in particular, to come out and cheer on the peloton as they make their way by.”

According to local organiser, Billy Archbold, people in the area have been supportive of the event.

“Everyone is looking forward to coming to see it. It will be a big boost to the town financially but people are very excited to see it. People here were very co-operative, especially when they were approached regarding the traffic restrictions. That is very helpful to myself and other organisers. Common sense prevails when it comes to these things, I think,” he commented.

“The appearance of Lisdoonvarna is good. It looks well but, hopefully, there will be bunting up in the days beforehand so it will look better and there will be a good atmosphere. We are expecting huge crowds for this and everyone is helping us and has shown a willingness to help,” he added.

In the region of 170 riders will take part in the Rás and Billy believes the high standard of competitors will attract people to the course.

“There are a lot of international teams taking part. These aren’t ordinary cyclists. They are first class. The Rás is on the UCI calendar, which is the governing body for cycling worldwide. That means the standard is very high with regard to regulations,” Mr Archbold continued.

In addition to the county rider classification jersey introduced last year on the race, An Post is running a ‘C-Factor’ competition for county riders this year.

The rider who best exemplifies the spirit of the race, not only through his riding performance over the eight days but also by his use of social media, will be rewarded with the newly designed ‘Chapeau’ jersey, after the final stage in Skerries.

The successful rider will also earn a VIP spot at an An Post Chain Reaction Sean Kelly team training camp in Calpe, Spain, at the end of the year.

The winner will be chosen by seasoned Rás watchers and county riders must use the hashtag #Ras2014 in any tweets, if the content shared is to count towards the final prize.

The eight-day road race continues from May 18 to 25. As riders make their way towards Lisdoonvarna on May 19, they will travel through Ardrahan, Kinvara, Ballyvaughan and Fanore.

When they leave Lisdoonvarna on May 20, they will go through Kilfenora, Corofin, Ennis, Clarecastle, Newmarket-on-Fergus, Sixmilebridge and on to Birdhill, before making their way to Charleville.

Local economy wheeling in the benefits