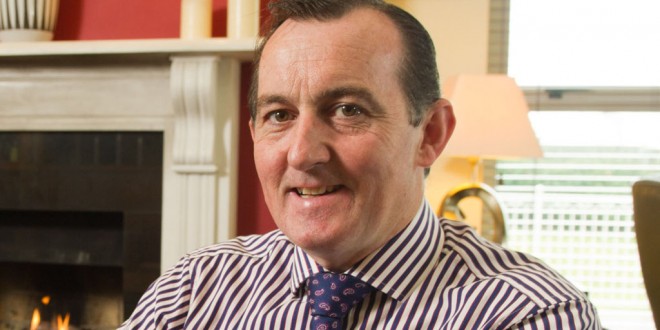 THERE was no mad dash into the water at Lahinch on Monday, when a further easing on the Covid-19 restrictions allowed people to travel within their own county.

Local hotelier Michael Vaughan said there was increased activity at the resort, but not too much. From his perch at Vaughan Lodge Hotel he could observe a quiet golf course, in stark contrast to last year when numbers were good, and the Irish Open in July was the highlight.
Michael said on Monday people were essentially coming to Lahinch “to watch”. He described as “eerie” the atmosphere around Lahinch, with people there but no restaurants, pubs or hotels open to cater for them. He said some people might even be “spooked” at the idea of travelling too far from home, having been confined to 5k.
Michael intends to reopen on July but doesn’t expect this 22-bed hotel to be sold out. “I should have one-third occupancy and my target for the season is between 30 and 40% occupancy,” he said.
He had considered not reopening this year but came to the decision to get back as close to normal as possible. With the word out there, that Americans will travel to play golf, Michael wants to be able to cater for that market, which is an import part of his business.
“Self-catering units the area have a huge demand; they’ve good bookings,” said Michael.
The well-known hotelier said the Covid-19 experience of the importance of cleanliness and social distancing will see guests’ expectations of standards rise.
“Guests will want a better overall standard of accommodation, especially in the area of hygiene in the bars, restaurants and rooms.
Michael expects the tourism season to pick up in Lahinch from July 20 when yet another phase in the roadmap to recovery is introduced.
“I’m hopeful that Lahinch can have a decent late season,” he concluded.

Previous ‘No health and safety issues’ at direct provision centre
Next “We’d be followed around the store, it still happens in Ennis”