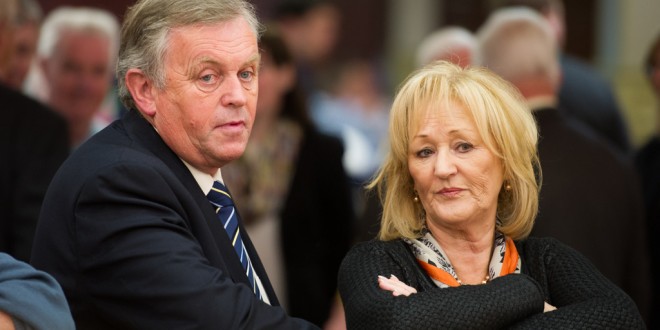 No birthday ‘miracle’ for Kennedy

Gerard Kennedy (FG) didn’t get the birthday present he was hoping for today after a recount of the West Clare electoral area saw him eliminated.

Mr Kennedy requested the recount after he was eliminated on the fifth vote with just six votes separating him from Fianna Fáil’s Pat Keane.

“The advice I got was that it was worth having a recount because at that stage we didn’t know what the story was. I was always under pressure in the position I was in because so many of the candidates around me were all from the Southern end of the constituency so I was unlikely to pick up any transfers,” he told the ‘Champion.

Yesterday (Saturday) it looked like Mr Kennedy had polled much worse than his 1,010 first preferences. Tallies showed him more than 200 below this.

“I was very disappointed because I thought that 780 was a poor enough reflection on what we had done on the canvas, and to come in this morning and find it was actually more than 1,000 was a lift so it gave me a bit of hope that there might be a bit of a miracle on the cards but it did not transpire,” he said.

While the 64-year-old has not ruled out a future political run, he feels his age will go against him.

“At one level I am half sorry that this is not something I might have tried at an earlier stage but I have to say I have the utmost respect for people who put themselves forward because while it has been a great experience it has also been one of the most tiring experiences I have ever had. I come home every night exhausted,” he revealed.

“I am 64 today and I think I will be too by the time the next one comes around. I would like to see more young people coming into the frame,” he added.

Mistakes were made in local elections