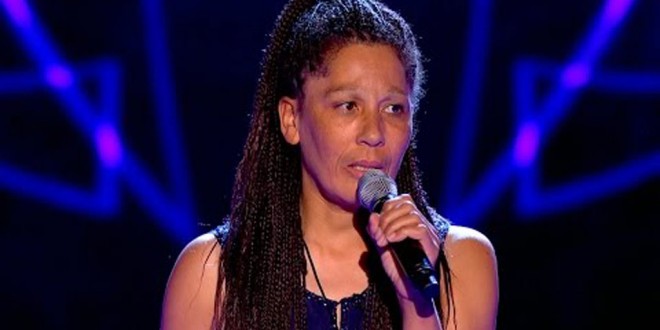 A North Clare woman wowed judges on the hit television programme, The Voice UK at the weekend.

“To be honest, I have done gigs here and done gigs in other countries but I was not prepared for my nerves. It is very surreal because you are dealing with cameras. I normally play the guitar but this time I decided to focus on my voice because that is the show,” she explained.

“I got on the stage and there were two Xs on the ground. You do the rehearsal and there is one X and then, when I went out, there were two so I didn’t know which one to stand on and then, on the very last note, I thought, this might not happen for me,” she added.

Throughout the performance it was clear judges Rita Ora, Will.I.Am, Kaiser Chiefs front man, Ricky Wilson and Welsh icon, Sir Tom Jones were impressed. It was not until just after that “very last note”, however, that both Ricky and Tom turned around and pitched to coach Sharon. In the end, she opted for Team Tom.

Now she goes forward to the next stage of the competition, where each of the coaches pit two of their own team members against each other in a singing duel, before the judge chooses one to go through to the next stage.

“I was so relieved. You feel very vulnerable, going up there, with people judging you on your voice alone and I was really relieved when they turned around,” she said.

Although Sharon plays gigs, she works as a diversity activist for Galway One World Centre and has done for 13 years. She runs a night once a month, called Place to Be, which welcomes poets and artists.

“It was my friend who sent me the details and she has been hounding me for years to apply to any competition but I just didn’t see myself doing it. This time, though, she sent me the details and I applied and got the audition in Belfast and went with the flow. If she had sent me details of The Irish Voice, I would have done that too but, at the time, it was just that the auditions for The Voice UK were on in Belfast,” she outlined.

Sharon grew up in an orphanage in Galway and moved to North Clare over a decade ago. She is delighted with the positive response she has received since the show was broadcast on Saturday.

“It has been really something. The compliments I’ve received from the public have been phenomenal. I am so touched and overwhelmed. It has been a really beautiful experience. I never expected this, so I am really thrilled,” she concluded.