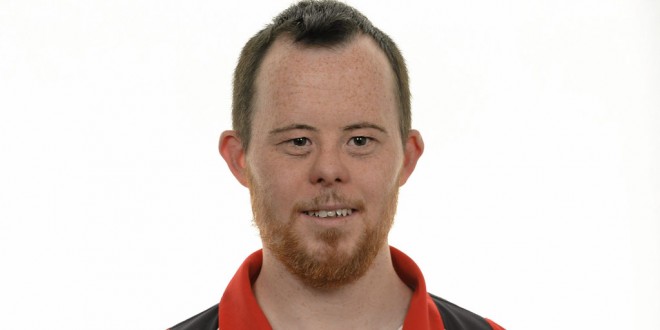 Clare golfers to tee off in LA Special Olympics

TWO Clare-based athletes are busy preparing for the Special Olympics World Games in Los Angeles next July. Seventy-two-year-old Patrick Rutherford is very excited to have been selected as a playing partner for 29-year-old Paul Kirrane from Ennis.

Apart from being “shocked and surprised” at being selected for the games, Patrick is also “very happy”. “At my age it is marvelous,” he said.

With seven centrally planned events, Patrick won’t be taking his foot off the pedal and will be training four times a month at Ennis Golf Club. Not content with just playing golf, which he has been doing for over 25 years, Patrick also enjoys triathlons and athletics. When he’s not on the golf course or completing triathlons, widower Patrick is kept busy with his family of two sons and six grandchildren.

Paul is very excited to be competing in this year’s Special Olympics as part of Team Ireland. The moment Paul heard the news that he had been selected as part of the team will hold a special significance to him for many years to come. Paul said “It will always have a special place in my heart”.

Furthermore, he has thoroughly enjoyed his overall Special Olympics experience. So much so that he feels it wouldn’t be right to single out one favourite event. Paul says “I cherish every moment”.

Paul has been playing golf for four years now and he is currently training very hard with his local club, Ennis. In his spare time, Paul enjoys swimming, bowling and golf. He lives with his parents, two brothers and sister.
According to Special Olympics Ireland, €440,000 is required to send Team Ireland to the World Games in LA and a call has gone out to all businesses to pledge funds to back their local athletes.

The games take place in LA between July 25 and August 2. The athletes are being supported by a 40-strong management and coaching staff.

LA will welcome 7,000 athletes from 177 countries to the 2015 Special Olympics World Summer Games. Supported by more than 30,000 volunteers, including 200 from Ireland, the games will be the largest sports and humanitarian event anywhere in the world in 2015 and the single biggest event in LA since the 1984 Olympic Games.

According to Matt English, CEO, Special Olympics Ireland, “2015 is shaping up to be a huge year for our athletes. It’s a tremendous achievement to be selected to represent Team Ireland at LA 2015. Over the coming months, we will be working hard to generate the necessary funds to send Team Ireland athletes to the World Games.

“I am confident that the business world will answer our call for support, as they have done so many times in the past. Special Olympics Ireland is calling on businesses across the country to be generous in their support of our local athletes as they prepare for this important milestone in their Special Olympics journey.”

For further information on Team Ireland’s preparations for LA 2015 and to find out more about the Support an Athlete programme, visit www.specialolympics.ie.