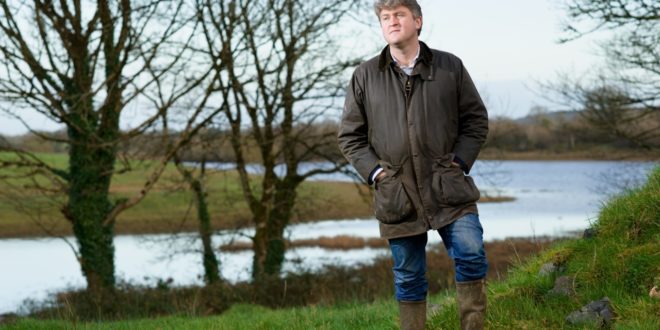 DEPUTY Michael McNamara is to wait to see how members of the three coalition parties vote on the Programme for Government before making his mind up on whether to support the history-making arrangement.

The view of grassroots members of Fianna Fáil, Fine Gael and the Green Party, who will be balloted individually by post, are expected to be made public by June 26. In the meantime, the Independent Clare TD said he saw very little in the 126-page document which would benefit the midwestern region.

“There would appear to be no input from this region in the document,” he said. “I would have to ask what influence, if any, TDs from Fianna Fáil, the Greens or Fine Gael have. There are lots of details about planned infrastructure for Dublin, but no definite details for many projects outside of it. There’s no reference to Shannon Airport or to balancing aviation policy. When it comes to farming, there seems to be great hope pinned onto the [Beef] taskforce which hasn’t met for the last six months.”

When asked if he felt there was room for Independents to shape the Programme, at this stage, Deputy McNamara said that remained to be seen. “Programmes for Government tend to be like postcards on holidays,” he said. “They have to be done, but nobody pays very much attention to them afterwards.”

Deputy McNamara confirmed that he and fellow Independents Marian Harkin (Sligo-Leitrim) and Michael Fitzmaurice (Roscommon-Galway) are to meet party negotiating teams with a view to discussing their support. “I will vote as an individual TD, because I’m independent,” Deputy McNamara said. “I will be consulting my support base and those who voted for me and then I’ll make my decision.”

Taoiseach Leo Varadkar has indicated that he would like the support of six non-party TDs to take numbers supporting the government to 90. To-date, Independent TDs including Denis Naughten and Verona Murphy have expressed their interest in entering into talks on the new government.

Fiona McGarry joined The Clare Champion as a reporter after a four-year stint as producer of Morning Focus on Clare FM. Prior to that she worked for various radio, print and online titles, including Newstalk, Maximum Media and The Tuam Herald. Fiona’s media career began in her native Mayo when she joined Midwest Radio. She is the maker of a number of radio documentaries, funded by the Broadcasting Authority of Ireland (BAI). She has also availed of the Simon Cumbers Media Fund to report on development issues supported by Irish Aid in Haiti. She won a Justice Media Award for a short radio series on the work of Bedford Row Project, which supports prisoners and families in the Mid-West. Fiona also teaches on the Journalism programmes at NUI Galway. If you have a story and would like to get in touch with Fiona you can email her at fmcgarry@clarechampion.ie or telephone 065 6864146.
Previous Drugs seized at Shannon
Next Farmers Pray for Rain as Drought Hits The Burren