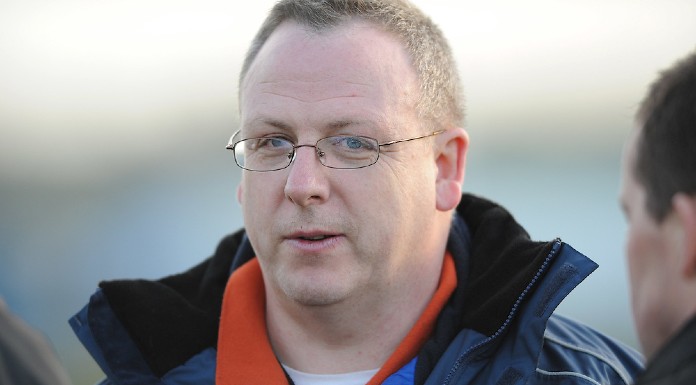 Clare’s search for a second win of the 2020 National Football League Division Two takes them to Breffni Park in Cavan this weekend to face an Ulster side in a rich vein of form.

The opposite is true of the visitors who have now suffered back to back defeats which leave them bottom of the standings, but only on scoring difference.

A win this weekend would leave Clare in a strong position to leapfrog Fermanagh and Kildare in the relegation battle, with two home games in Cusack Park to close out the campaign.

Former Clare boss and Cavan native Michéal McDermott feels while fortunes have not been smiling on Clare in recent weeks, there is still plenty left to battle for.

“If you have spoken to me two weeks ago I would have said Clare were on the rise and Cavan were on a downward slope. Since half-time in their game with Westmeath, Cavan seem to have transformed their season and have some good results like an away win against Laois and another one on the road against Fermanagh. That was the first time Fermanagh were beaten in Brewster Park in nine outings so it was a big result for Cavan and they have now turned into promotion contenders. For Clare, they have been so close in all their games and even in the one they got the result in against Kildare, it was still tight. Results have just not gone their way and they seem to be on the wrong end of those one score games. When you start losing games at home, the pressure comes on because we are now moving toward the really important part of this league campaign and everyone realises the bearing it has on the championship. Divisions Two and Three are so competitive with only a few points spanning top from bottom, so one result can change your season” he noted.

Cavan have recovered from a slow start to the campaign that saw them lose heavily to Armagh in the opening round, but since then they have bounced back strongly to surge to the top of the table with three consecutive wins. McDermott, who led Kilmurry Ibrickane to the 2010 All-Ireland club final, thinks there may be a chink in the armour that Clare can exploit.

“The thing about Cavan is that when they get a few wins like they have in recent wins, they can tend to get cocky and may get complacent. They might get somewhat overconfident and look at the Clare match this weekend as two points ever before the ball is thrown in. That is where Clare can have an advantage going up there because the one thing about a Colm Collins side going anywhere is that when their backs are to the wall, they come out fighting and pull out that big performance. If they can do that, and if Cavan are that little bit complacent about what they are going to face, then they have a chance. On paper and form, Cavan are putting up big scores and that is what would worry you from a Clare point of view and the way Cavan play that defensive game makes them very hard to break down” he observed.

He thinks a tough afternoon awaits but feels it is vital for the future development of Clare football that they don’t slip out of the top half of the rankings.

He said: “Cavan are a formidable outfit at home and Breffni Park is a place they love playing in. They are coming off the back of two terrific away wins which have really set them up well for this match. If Cavan get a win at the weekend, they are very much in the promotion race whereas a loss for Clare puts them right into that battle to survive in Division Two. Cavan are probably not equipped to go up to Division One but are more than good enough to hold their own in Division Two. If Clare went down to Division Three, they could well struggle to get out of it because there is real competition down there. It is hugely important for the development of all these younger players coming through that Clare stay in Division Two, and get the better quality football that is there”.

The Cavan native thinks the loss of key players has had a serious impact on performances but outlined that it up to others now to carry that mantle.

“It probably comes down this year to a lack of composure and a lack of experience. When you take out the likes of Keelan Sexton, who is still quite young and maybe we forget that at times, and then David Tubridy and Eoin Cleary, it is a very young and inexperienced set of forwards. If any team in the country lost the calibre of Gary Brennan and Jamie Malone from their middle third, it is a huge chasm to fill for anyone. Jamie would always get you three or four scoring frees in a game from running at you and Gary was always chipping in with a few points too. Those scores are lacking at the moment and they seem to have to be working a little harder to get them. The other side of that is those lads are gone now and it is a case of rebuilding while trying to hold onto the Division Two spot, and I am sure that is what is on the forefront of their minds for the next three games” he concluded.