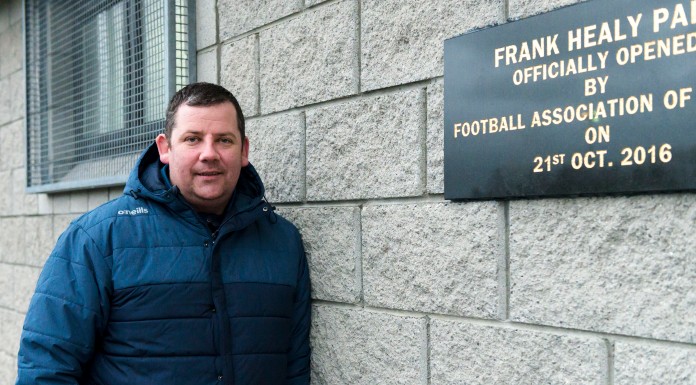 Clare’s Youth’s soccer side are back in action this weekend as they face near neighbours Limerick in the last eight of the Inter League Cup.

The Banner youngsters were narrowly beaten 3-2 by Galway a fortnight ago in their only group game which meant they would be on the road for their last quarter-final tie.

The decision by Tipperary North to pull out of the competition after the draw for the group stages had been made meant that Clare and Galway were left with just one game prior to this round, and Clare manager Ruairi Price feels that the amount of work it takes to prepare for the competition far outweighs the game time involved.

“The most frustrating thing about it is that you put in so much work for so little game time. I have been on the road for nearly six months watching Youths players and we have only had one game. That is nuts. It is out of our hands to an extent but the lack of games is the downside to it. We played Galway and even though we lost we are still in it. We play Limerick at the weekend and if we lose, we are gone, that’s it. We pack our stuff and move on to next year. If they brought in a Munster cup or something like that to keep it ticking over, it would be brilliant. You could ourselves and the other provincial teams and maybe play it midweek to give lads more games. I don’t know if it would work in terms of fixtures but I think it is something that should be looked at” he said.

The Shannon man is in his first year in the role, and feels that while that last few weeks have not been ideal, his side are well primed for their shot at the last four.

He said: “Preparations have gone well this year but sometimes it can be hard to get those preparations right when you don’t have the team all the time. You might get them every two or three weeks and while it is like a part-time job, it is very much full-time. Over the last few weeks since the Galway game, we have not had much chance to do a whole pile due to the weather. We will hopefully get some good sessions this week and bring that into the Limerick game. I was appointed in September and got on the road straight away. A few of the Youths players were playing with their junior sides so I went to watch them to see how they were going. I made contact with the Youths manager, and rather than bringing 50 or 60 players in for trial I just asked them who I should be looking out for. That is how we got it going and we watched a lot of games to try and put a squad together to be ready for the campaign. There is great communication and bond between myself and the club managers and we all work together to plan out training. It is brilliant to have that trust because it means when they come to Clare training, we don’t need to have them running because they are already fit from their club training. The biggest thing we do with them is set-pieces and scenarios and work on the system we want to play”.

A local derby awaits in Jackman Park on Sunday afternoon and while Clare are on the road, Price feels it is a bonus that it is a relatively short one.

“We were delighted with the draw in terms of the logistics as it is only in the road. We were dreading the possibility of having to go to Inisowen because that is a five hour journey so in reality, you are a goal down already when you get off the bus. We will get the lads ready now this week and have a right go at. Everyone is looking forward to it, things have gone well so hopefully we can get the win and put on a good show” he concluded.

Kick-off on Sunday in Jackman Park is at 2pm.