Home » Breaking News » Man due in Court over Kilrush incidents 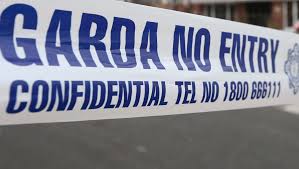 Man due in Court over Kilrush incidents

GARDAÍ have arrested a man in relation to three burglaries, a theft and a criminal damage incident that occurred in the Kilrush area.

Shortly after 3pm on August 1, 2020, Gardaí in Kilrush received a report of a possible burglary at a house on Toler Street.

Gardaí attended and saw a man coming out through a side window of the house.  Following a short foot chase the man, aged in his 30s, was arrested. He was also found to be in possession of a knife.

The scene was preserved and examined by the local Scenes of Crime Unit. A hatchet and a screwdriver that are believed to have been used during the course of the burglary were also recovered.

The suspect was detained at Kilrush Garda Station under Section 4 of the Criminal Justice Act, 1984 and has since been charged.

He is also charged in relation to the following incidents in Co. Clare:

Criminal damage to a shop on John Street on May 31

Burglary at a house on John Street on May 31

Theft from a Church in Kilrush on March 23

He is due to appear before Ennis District Court this morning (Sunday, August 2) at 10.30am.

Fiona McGarry joined The Clare Champion as a reporter after a four-year stint as producer of Morning Focus on Clare FM. Prior to that she worked for various radio, print and online titles, including Newstalk, Maximum Media and The Tuam Herald. Fiona’s media career began in her native Mayo when she joined Midwest Radio. She is the maker of a number of radio documentaries, funded by the Broadcasting Authority of Ireland (BAI). She has also availed of the Simon Cumbers Media Fund to report on development issues supported by Irish Aid in Haiti. She won a Justice Media Award for a short radio series on the work of Bedford Row Project, which supports prisoners and families in the Mid-West. Fiona also teaches on the Journalism programmes at NUI Galway. If you have a story and would like to get in touch with Fiona you can email her at fmcgarry@clarechampion.ie or telephone 065 6864146.
Previous New walking trail developed for 12 O’Clock Hills
Next Sixmilebridge family call for access to life-changing therapy for newborns