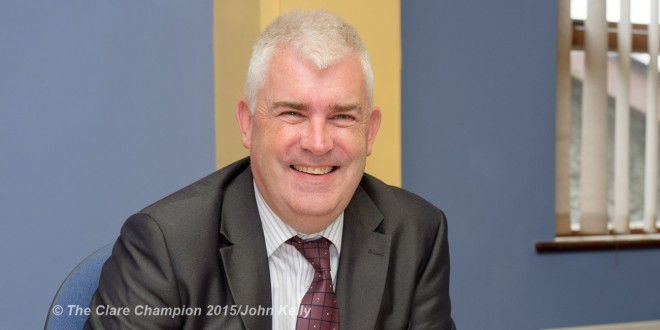 THE Clare Champion has appointed Leo O’Connor as its new Business Development Manager.
The Limerick native is soon to become a regular sight on the highroads and byroads of Clare and beyond, meeting with the newspaper’s many customers and cultivating even more business relationships.
Leo, from the Ballysimon Road in Limerick, has a strong sales background. He worked with Seiko watches in Dublin, before moving into the field of media. He has previously worked with Live 95FM in Limerick, as well as The Limerick Leader.
He is also well-known in GAA circles. He is the current manager of the Limerick minor hurling team and he previously played hurling and football with Limerick.
“I am delighted to be joining the team at The Clare Champion and I look forward to this new challenge. I have always been on the road as a rep and I will be out and about all over Clare, Limerick and the surrounding areas. No matter where you go, value for money is at the forefront of people’s minds and I will be meeting with customers, both old and new, and developing relationships,” Leo stated.