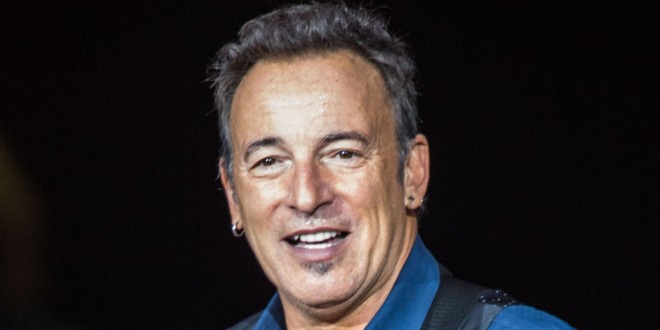 THE giant Irish passport presented by Kilrush-based barber, James Coughlan, at Thomond Park in July 2013 is to be included in the Bruce Springsteen Special Collection at Monmouth University in New Jersey. The presentation was made to the American singer in front of a 30,000-strong crowd at a concert in the stadium.

“The director of performing arts at Monmouth University contacted me recently and said they are honoured to have the generous donation included in Bruce Springsteen’s collection, after many offers from people wanting to purchase the original signed passport,” James Coughlan explained.

“I am happy to donate it to a place where it will be seen forever and become a part of history. What this means is this collection is going to be preserved and accessible to future generations of fans, educators, students and researchers,” he explained.

The Kilrush barber said the collection is the largest in the world of Bruce Springsteen memorabilia and is where the singer has chosen to keep many of the possessions he has collected over the years.

“For me, it’s an honour to be included in this collection. Also, this will show future researchers how proud Ireland was of him and how respected he was in Ireland, The university will explain, for generations to come, about Bruce’s connection to Ireland and explain about his ancestors.

“It’s because of this passport that, for the first time, Bruce has spoken publicly about his ancestors, the O’Hagan’s. As a fan, it’s a very big deal for me,” James Coughlan explained.

To date, the collection, which started in 2001, includes documents originating in 47 countries, reflecting the enduring international interest in Springsteen’s music and live performances.