Home » News » Kilmurry in pursuit of another Cusack Cup 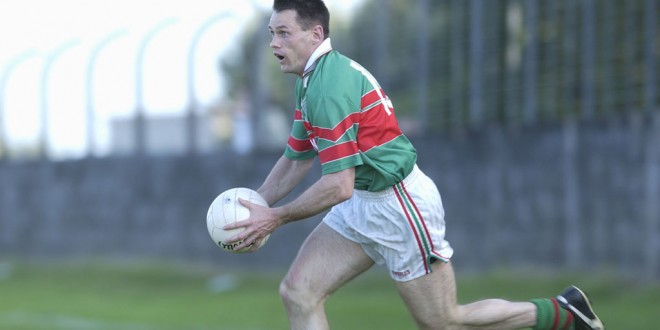 Kilmurry in pursuit of another Cusack Cup

HENNESSY Memorial Park in Miltown will host The Clare Champion-sponsored Cusack Cup final on Saturday, when holders Kilmurry Ibrickane take on Éire Óg in a repeat of the 2013 final, which the West Clare club won in a replay. This weekend, Kilmurry will be seeking their fourth successive Cusack Cup and their ninth in total, including three won by Quilty in the mid-1930s.

Éire Óg reached this year’s final courtesy of finishing top of the Cusack Cup table, while Kilmurry defeated Miltown 1-11 to 1-7 in the semi-final played in Quilty two weeks ago.

Given that both clubs had disappointing ends to this year’s championship, they will be keen to finish the year with a trophy in the cabinet.
Of course, Éire Óg beat Kilmurry in this year’s semi-final in Kilmihil before losing the county final to Cratloe. The Ennis men played some good football that day, winning 0-14 to 1-7.

The most disappointing feature of Kilmurry’s display on that day was the fact that their forwards scored just two points from play, while substitute Niall Hickey scored their goal in injury time.

What could add further edge to this game is the three red cards late in that game. Kilmurry’s Shane Hickey and Evan Talty were shown straight reds, while Éire Óg’s Liam Corry was sent off on a second yellow.

The replayed 2013 Cusack Cup final turned on an Éire Óg penalty, six minutes into the first-half of extra time. Danny Russell floated a diagonal ball in the direction of full-forward Stephen Hickey, who was impeded by Kilmurry goalkeeper Peter O’Dwyer. Referee Pat Cosgrove awarded a penalty, which Eoin Glynn took but his effort hit the right post. In the ensuring scramble, Graham Glynn nearly goaled but his shot was deflected for a 45’, which Hickey kicked wide.

From the resultant kick-out, Kilmurry moved the ball upfield, culminating in captain Michael O’Dwyer kicking the winners into a 0-11 to 0-8 lead.
At that stage, Kilmurry were minus Martin McMahon, red-carded in first-half injury time, following an incident involving Graham Glynn, which was spotted by linesman Stephen Coughlan. However, Kilmurry didn’t have to make do with 14 players for long, as John Sexton replaced McMahon at the start of extra time.

Two weeks ago, in their semi-final win over Miltown, Kilmurry were inspired by Odran O’Dwyer, who had a great game at full-forward. Such was his display, he was accorded a standing ovation when taken off a couple of minutes from time.

When moved to midfield, Mark McCarthy also did well and is likely to start there on Saturday, while Keelan Sexton also played a pivotal role in his side’s win.

Not performing in the county final will surely motivate Éire Óg. Very few of their players emerged with their reputations enhanced, although Davy O’Halloran did well at centre-forward in the first half, while Ciarán Russell and Darren O’Neill had some decent moments.

While Éire Óg won when these teams last met, Kilmurry have had more time to put that championship semi-final defeat behind them. Saturday’s final will be a test of Éire Óg’s mentality, as much as their football ability. If they can put their county final defeat to one side, they have every chance of winning.

Kilmurry, however, will be slight favourites, based on the hunger evident and the quality of some of their football against Miltown two weeks ago. Winning a fourth successive Cusack Cup would be some achievement and would secure a total of €8,000 for the club’s bank balance.

Previous On the Alert in Quin
Next Fire Chief: bonfires a dangerous and costly tradition