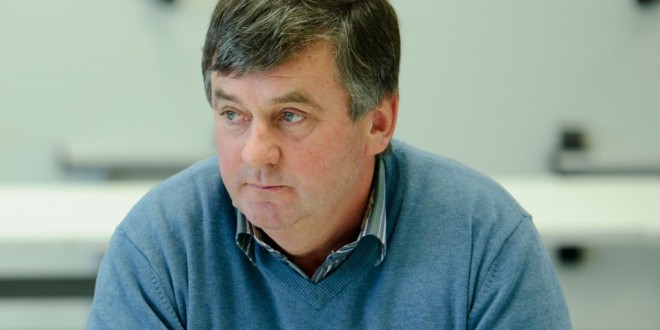 THE IFA should end all “Celtic Tiger” contracts for new senior officials, including president, in the national organisation, the newly-elected Clare chairman has said.

Willie Hanrahan has proposed that the salary for the next IFA president should be in the region of the €82,258 paid to a Dáil deputy, plus legitimate expenses.

The Doonbeg dairy farmer wants the salaries of all senior officers and the general secretary included in the IFA’s annual general accounts in a bid to introduce proper openness and transparency to the organisation, which was left reeling by the controversy surrounding huge payments to key personnel last year.

Acknowledging that this controversy seriously undermined the trust of farmers in the organisation during “dark days” last year, he pointed out that “Celtic Tiger contracts” paid to some officials were not adjusted during austerity times.

He stressed that the IFA should become a “bottom-up” farmer-led organisation in a new change of direction, as it had evolved into a “top-down organisation” over the last 15 years.

“Changes are being made and there is now a new beginning in the IFA, with the election of a new county chairman and a new IFA president. Issues have been addressed and farmers have moved on.

“We had 150 IFA members in to vote for the new county chairman on Tuesday night. I am looking forward to the challenge of leading IFA in Clare over the next two or four years,” he said.

Willie Hanrahan milks about 100 cows on a 150-acre farm, one-third of which is marginal land that cannot be reclaimed due to its classification as a Special Area of Conservation (SAC).

Having defeated another dairy farmer, Pat Talty from Querrin, in a vote, Mr Hanrahan was elected for a two-year term with an option for re-election in 2018.

Former Clare IFA chairman Andrew Dundas has been appointed onto a new national eight-man committee to implement the findings of the Con Lucey Report on pay and governance in the IFA at national level.

“It is a great honour for Clare IFA that Andrew Dundas has been elected onto this committee. I have full confidence in this committee that the necessary changes will be implemented. I have the utmost trust in Andrew Dundas that he will do what needs to be done,” he said.

Commenting on his priorities during his term of office, Mr Hanrahan called for the introduction of a new template to ensure that the Kerry Group meet its commitment to pay the “leading milk price” to local milk suppliers.

In spite of the allocation of €1 million to repair flood-damaged banks along the Shannon Estuary, he stressed this is only the beginning as a lot more funding is needed to adequately address the issue.

Following the abolition of the Land Commission, he stressed that no agency has taken responsibility for the maintenance of banks and noted that farmers are not allowed to touch them, as they are located in SACs.

He proposed that a new grant scheme, providing farmers with up to 40% of the cost of repairing banks, would be a cost-effective way of tackling this problem.

Expressing concern about the “over-regulation” of beef farmers, he criticised the introduction of huge penalties for over-weight carcases and “changing the goal posts” in the beef quality assurance scheme.