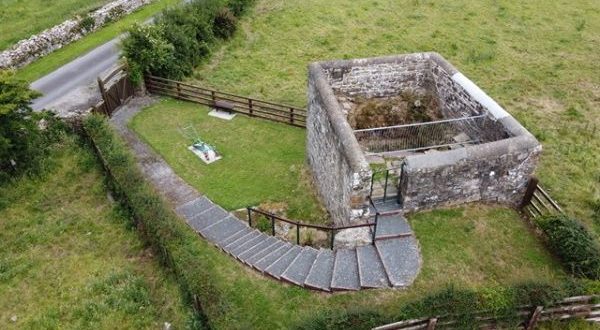 IT IS hoped that a long-dormant lime kiln in Tuamgraney may be fired up once again, over 100 years after the structure at Ballyquin was built.

Trojan efforts by the Tuamgraney Development Association (TDA) have seen the gradual restoration of the structure, which is understood to date back to the 1910s when it was constructed by Dr Edward McLysaght to provide lime for his Raheen Estate and for local farmers.

The structure has been restored gradually by the community over the last 30 years, with the East Clare Heritage Group identifying its potential. It is one of the many historical attractions in the village and located on the road to Reddan’s Quay, a spot that is popular with anglers and those cruising on Lough Derg.

“The kiln was in a state of dereliction in the 1990s,” explained Paul Brooks of the TDA. “East Clare Heritage Group did some work then, because there was a large tree growing out of the structure. TDA then did some upgrading works on Reddan’s Quay itself and put a gate up at the kiln. We were delighted to receive funding from Clare County Council last year and this, through the Built Heritage Investment Scheme (BHIS) from the Department of Culture, Heritage and the Gaeltacht. That helped with re-pointing work. Stonemason Eoin Madigan produced a report which highlighted that unless conservation work was carried out on the ‘pot’ of the kiln, all of the good work of the past 30 years was likely to be undone. So this is why the pot restoration is being done now.Not only is the pot the heart of the kiln, in terms of lime burning, it is also integral to the strength of the entire building. Without the pot, the structure could cave in.”

Stone mason Eoin Madigan has been involved in the restoration and is currently tasked with these Phase 2 works. “Eoin is a sixth-generation stone mason,” Paul explained. “He was involved in major projects like O’Brien’s Column in Liscannor and he has a real passion for what he does, so we’re delighted to have him on board.”

Funding for the restoration project was also secured from The Primrose Trust, a Northern Ireland-based organisation which funds works on historic structures across the country.

“We are delighted to see the “pot” of the lime kiln being restored. We are very grateful to Clare Co Co for their assistance under the BHIS grant scheme and also to The Primrose Trust for their generous help with this project”

It is believed locally that the lime kiln operated until the 1950s. Up to the middle of the twentieth century, lime burnt in local kilns was traditionally used by farmers to change the acid balance of soil and produce better grazing.

“For centuries, people would have burned lime for use on the land,” Paul noted. “It’s so important that we keep the kiln, it’s a part of our heritage. We are hoping, in the future, to be able to put up an information board with an explanation of how the kiln would have worked. It would also be wonderful to get the kiln lighting again. We have a festival in June, so we may look to doing that next year. It would be very special to have it lit around 70 years after its operations ended.”

Lime kilns were once common features of rural landscapes throughout Ireland between the 18th and 20th centuries. While many have been destroyed, or sunken into the landscape, the Tuamgraney kiln, is one of the finest examples remaining today. The area is closed to the public for the duration of the works, which are expected to be completed within the coming weeks.

Fiona McGarry joined The Clare Champion as a reporter after a four-year stint as producer of Morning Focus on Clare FM. Prior to that she worked for various radio, print and online titles, including Newstalk, Maximum Media and The Tuam Herald. Fiona’s media career began in her native Mayo when she joined Midwest Radio. She is the maker of a number of radio documentaries, funded by the Broadcasting Authority of Ireland (BAI). She has also availed of the Simon Cumbers Media Fund to report on development issues supported by Irish Aid in Haiti. She won a Justice Media Award for a short radio series on the work of Bedford Row Project, which supports prisoners and families in the Mid-West. Fiona also teaches on the Journalism programmes at NUI Galway. If you have a story and would like to get in touch with Fiona you can email her at fmcgarry@clarechampion.ie or telephone 065 6864146.
Previous Parklet plans for O’Connell Street in Ennis
Next 14 Man Sixmilebridge Get Clare SHC Title Defence Off To A Winning Start 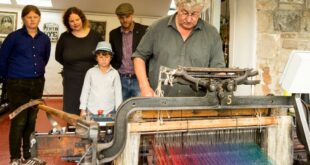