Home » News » Halting sites arson a ‘cost to the taxpayer’ 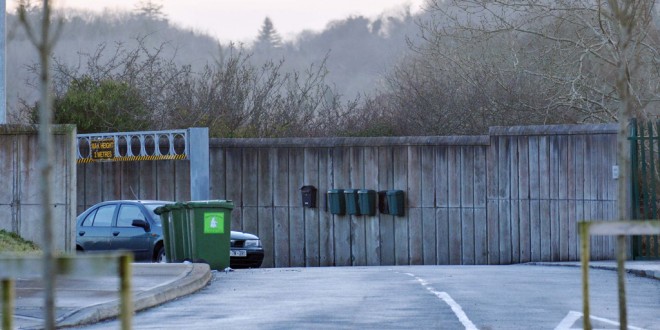 Halting sites arson a ‘cost to the taxpayer’

GARDAÍ investigating three arson attacks at houses at Beech Park halting site in Ennis, and separately a further arson attack of a house in Ashline halting site last week, say no arrests have been made.
The latest arson attack occurred between 12am on Tuesday, August 20 and 9am on Wednesday, August 21 when three unoccupied houses in Beech Park halting site in Ennis were damaged by fire. Some form of accelerant was used to douse the buildings. Although it did not ignite, considerable smoke damage was caused to the interiors.
The arson attacks have been condemned by the chairman of Clare County Council’s Local Traveller Accommodation Consultative Committee (LTACC) Councillor Brian Meaney, who said these arsons exemplify taxpayers’ money “going up in smoke”.
He claimed more than €34 million has been invested in Traveller-specific accommodation in the county over a 12-year period, since Clare County Council embarked on a project to provide housing and caravan bays for members of the travelling community native to County Clare.
“The costs to the taxpayer and Clare County Council have been quite large. The quick breakdown of the capital and maintenance costs since 2000 reveals quite staggering figures,” he said.
He outlined that the capital costs for the purchase and build of 10 Traveller-specific halting sites came to €20m, additional miscellaneous capital costs equated to €779,924 and from 2002, maintenance and management costs have come to €8,733,210; temporary site costs were €4,500,000 and caravans amount to €90,000, giving a total of €34,103,134.
“We have communities crying out for simple things and this is money is going up in smoke and up in smoke it has gone,” he said.
Clare County Council revealed to The Clare Champion that a decision was taken in June 2013 to refurbish the property in Ashline halting site that was the subject of an arson on August 17 last and a contract of €15,865, excluding VAT, was awarded. While the contractor had commenced work at the site prior to the arson, the council state the actual cost of the works undertaken are substantially less than the contract value.
The council also confirmed that the Beech Park residences were not undergoing refurbishment when they were the subject of arson attacks.
In the case of the Ashline house, the council said no previous incidents of arson or vandalism had occurred at this property but they did confirm that the properties in Beech Park were the subject of previous arson and vandalism attacks.
While smoke damage was recorded in each of the four properties, no exact figure for the extent of the damage has been calculated as yet by the local authority.
Councillor Meaney said as chairman of the LTACC, it is his “position and many of the councillors’ position that no further funding will be provided for Traveller-specific accommodation until the issue has been sorted out”.
“I’m trying to get simple money for community projects and we can’t get them. Clare County Council can recover this [money] from the department but we still have to spend it and it’s still taxpayer’s money.
“Just because it is coming from the department is not an excuse to just keep doing this. I sympathise with the staff of Clare County Council; they are trying to do their best,” he said.
Gardaí investigating the arson attacks have viewed CCTV in the case of Beech Park halting site but it was not deemed beneficial to their investigation. To date, gardaí have not apprehended any individual(s) in relation to these latest arson attacks or those that occurred there previously and are appealing to the public for information.
Councillor Meaney argued, “no one has ever been got and it’s for one reason, it’s as a result of a complete, total, predetermined and controlled silence within the Travelling community”.
He said he believes people are slow to come forward with information “out of fear”.
He said the perpetrators of these crimes “have destroyed council property and are making the provision of housing for the Traveller community next to impossible and are making life unbearable for Travellers”.
Anyone who can assist gardaí with their enquiries is asked to contact them on 065 6848100.