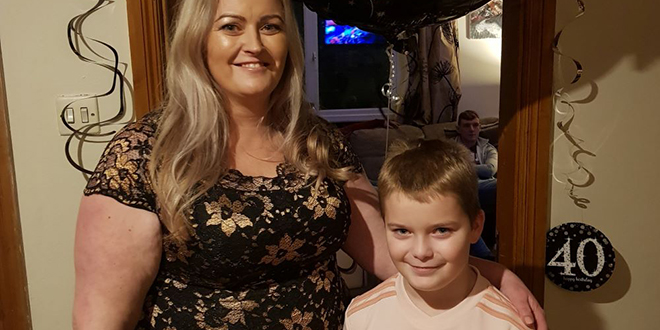 THERE is nothing stronger than the paternal bond and when a child is sick there is an inherent instinct as a parent to do whatever it takes to fight for them. That was never more true for the O’Shaughnessy family in Shannon because it was the most subtle of behavioural and physical changes that led them to Accident and Emergency with their 10 year old son Alex.

Their gut instincts told them something just wasn’t right and their persistence to get to the root of it led to the diagnosis of a rare form of cancer, a one in a million case, normally only detected when the condition is at an advanced stage.

“The first time we were worried was Paddy’s Weekend [2019]. We went away to Galway for Alex’s twin brothers 21st. Alex wasn’t himself and was tired. He was just misery, we could see he was trying but he physically couldn’t. We took him to Shannondoc the Tuesday after Paddy’s Day,” Agnes said.

Initially it was thought it might be a sinus infection but Alex was experiencing headaches which didn’t match with that diagnosis. After going to hospital they were advised to look out for cluster headaches. Things took an unusual turn, when on Easter Monday Alex appeared to go into anaphylactic shock at training. Although it stopped the family later noticed Alex’s face had dropped and was puffy.

They saw the GP who said they needed an MRI and they didn’t have time to wait. They went back to A and E but when they were being sent home without the scan, Agnes refused.

“We had to get strict. We told them we are not leaving without an MRI scan. I said I don’t care who you have to get in the hospital we are not leaving without one. There is something going on you need to get an MRI scan and find out. We were empowered by the GP, who had said we needed one, that there were neurological signs. The second we got admitted onto the Sunshine Ward the paediatrician said there were signs of cranial pressure,” she said.

When the doctors investigated they noticed a slight bulge in his pallet.

“It was very subtle. For weeks our gut was telling us there’s something not right. The neurologist came and pulled me out to the corridor and said stay calm, but I’m telling you there is something on his brain we are going to get the MRI done,” she said.

Instinctively, Agnes said while she wished it was otherwise, it was an ease that someone believed her.

A diagnosis of Rhabdomyosarcoma was made and they were told that normally by the time they find it, it has transferred down the spine.

“We were so lucky [it hadn’t spread], their aim is now to cure, if we were in the other situation we wouldn’t even be having those conversations. All the signs and indications are that it is sensitive to chemotherapy and radiotherapy,” she said.

Alex was referred to Crumlin, but walking into St John’s Ward was a daunting experience as it was the first time the prognosis really struck home.

“We call it the long walk to St Johns, because it is at the very back of the hospital so it feels very lonely. All the children going there are oncology children, and the minute you get onto the ward it hits you. To me I had a healthy child, with a full head of hair and you arrive on the ward and you see children with NG tubes, and their hair is gone. It was not until we got onto the ward where we thought this is our reality now The reality really hits you when you get in there. They’re amazing in there,” Agnes continued.

The size and location of the cancer meant it was inoperable and proton radiotherapy was given as the best course of treatment, but it is not available in Ireland. It is available in Essen in Germany and will be paid for by the HSE. Alex is expecting a call to go for his review there in early August ahead of receiving treatment.

Agnes said Alex has been taking it all in his stride. “Every time someone tells him he’s brave, he said ‘I don’t know what people mean. I’m just sick, I’m having treatment’. He’s great he keeps us going. He’s very logical and his attitude is, I have something that I need to get rid of it, unfortunately it’s not great medicine and asks ‘why don’t they invent something that just kills the bad cells and doesn’t kill all the other cells’,” she said.

Alex made the decision to shave his hair before losing it he told the hairdresser “It’ll be my Mum that’s more upset than me”.

While there are no guarantees that the treatment will have a curative effect, Alex’s most recent MRI showed really good shrinkage. However doctors say proton radiotherapy is necessary to give Alex the best chance.

Agnes is now asking the public this Sarcoma Awareness Month to offer their support to the Gavin Glynn Foundation to ensure others can benefit from the great assistance they are so grateful to be getting.

Carol Byrne is a reporter at The Clare Champion newspaper reporting on news in the East Clare area and the arts. She also covers the courts in County Clare and has received seven national awards for this coverage from the Law Society of Ireland and a National Lottery Local Ireland national media award for Best Community Story 2019. A Masters in Journalism graduate of NUI Galway, she also holds a Bachelor of Arts from the University of Limerick in Music and Media Studies, and a Higher Diploma in Irish Legal Studies. She began her career interning at The Limerick Leader and Clare FM, before taking up a full time post at The Clare Champion in 2006.
@@Carlsburn
Previous “You never put it out of your mind, it’s always there”
Next Hurling declared part of Ireland’s Living Cultural Heritage 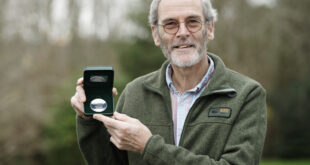