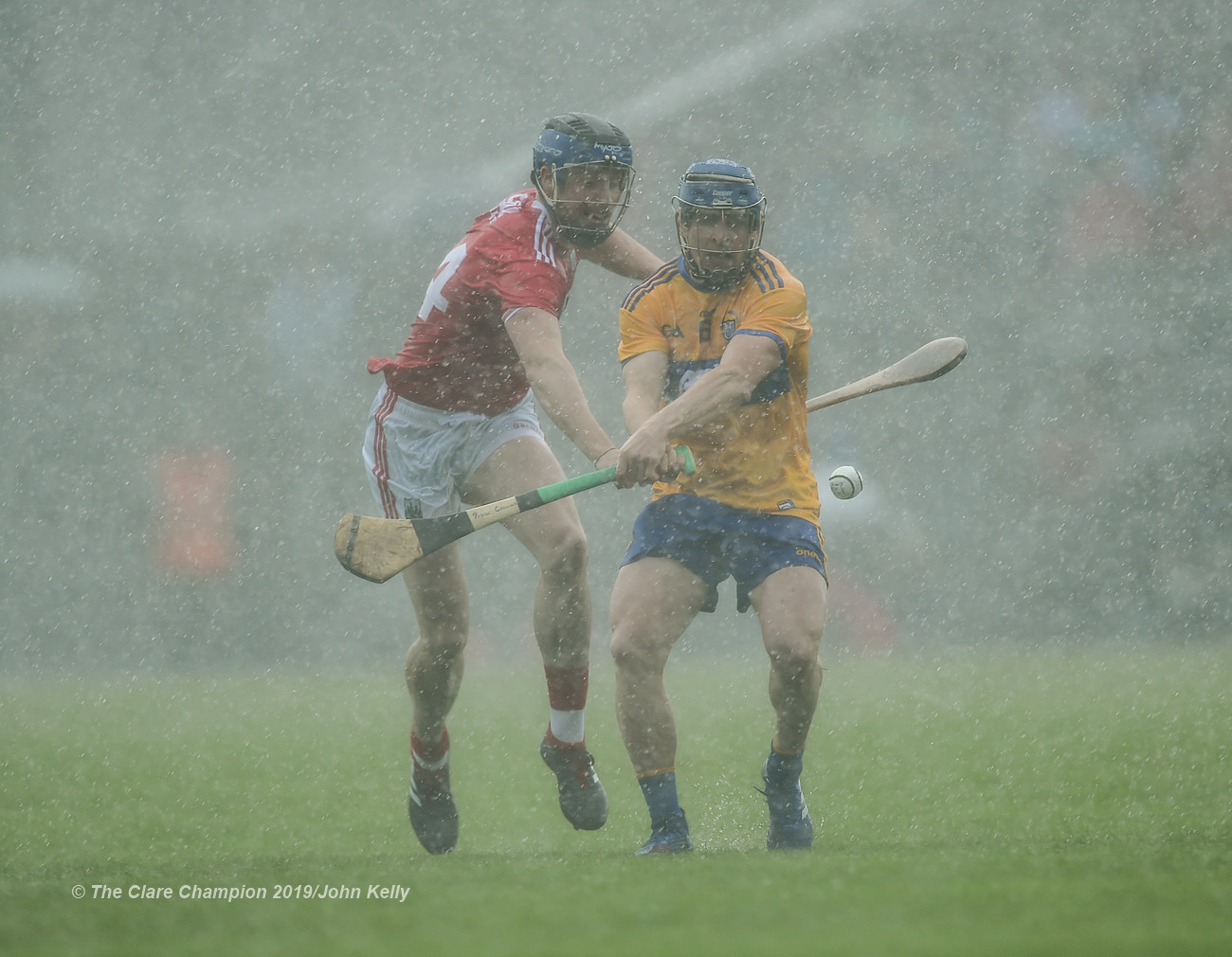 Conor Lehane of Cork in action against Podge Collins of Clare during their Munster Hurling Championship game at Cusack Park. Photograph by John Kelly

THIS week hurling has been recognised by the State as one of the key elements of Ireland’s Living Cultural Heritage.

The move comes after the sport was inscribed recently on the Representative List of the Intangible Cultural Heritage of Humanity by UNESCO.

This was largely down to the work by a team spearheaded by two Clare men, Daniel McCarthy and Dr Padraic Quinn.

Mr McCarthy, from Lissycasey, was the manager of the GAA’s Heritage Framework Policy which identified the merits of seeking UNESCO designation for hurling, and he worked alongside Sixmilebridge man and Clare GAA team doctor, Dr Padraic Quinn.

Minister for Trade, Employment, Business, EU Digital Single Market & Data Protection Pat Breen said, “Today the sport has been included in the list of Ireland’s Living Cultural Heritage along with Winterage in the Burren, Clare’s Holy Wells and Irish Traditional Music. This official recognition will serve to protect and promote these practice for generations to come.”

“None of this would be possible without the work of committed volunteers all around the county, whose involvement in their communities’ cultural practices and heritage traditions have sustained them over the generations,” he said.

The elements of Ireland’s cultural heritage practices included in Ireland’s National Inventory were received through an open call process and were assessed by an expert advisory committee.

HOLY wells have long been a source of comfort in times of trouble, and in …