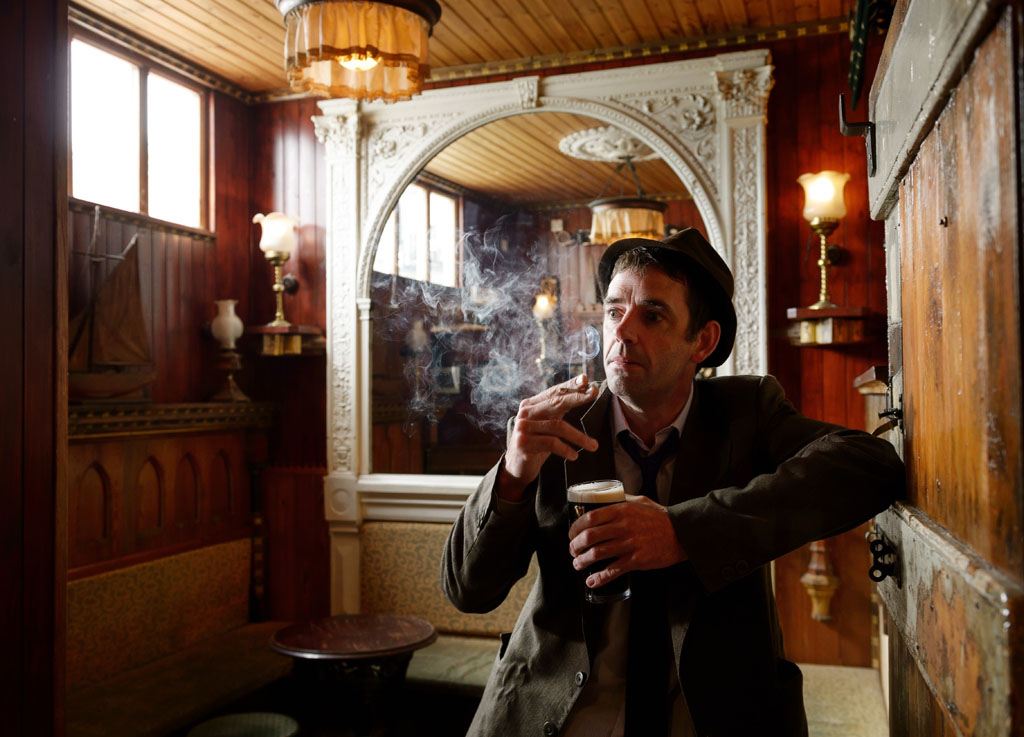 James Raleigh gets in character for his forthcoming performances of "The Brother" by Flann O Brien as part of a series of shows in local pubs. Photograph by John Kelly.

Giving flight to the work of Flann

Involved for several years with the very successful Corofin Players, James Raleigh is now bringing his own one-man show to a number of venues.

He promises it will be a very funny night, revisiting the work of one of Ireland’s most renowned comic writers.

“It’s a Flann O’Brien piece, The Brother. I suppose it was made famous by Eamon Morrissey back in the ’80s. The show goes on for about an hour, I’ll probably give a talk about the author beforehand,” he says.

O’Brien’s novels At Swim Two Birds and The Third Policeman are widely praised, while he wrote in The Irish Times under the pseudonym Myles na gCopaleen.

“People who go are in for a good night of comedy, it’s Flann O’Brien brought back to life. I wouldn’t have known anything about it only I was involved with Dunshaughlin Players. When I got to hear Flann O’Brien, next thing I’m a big fan of his. There are people of a certain generation who will know this piece.

“It’s all about The Brother and his relationship with the brother. It’s very comic from start to finish and it’s my job to get the most out of the comedy in the piece.”

Since getting involved in drama a little over a decade ago, James has been involved in a number of productions.

“I started about 2006, I had the lead role in a play up in Liberty Hall called Silent Echoes. Then I did a few plays with Dunshauglin Players like The Year of the Hiker. I moved down to Clare in 2009 and my first play with Corofin was in 2011. I was in Inagh for a year first and then Corofin and I joined the drama group there. They had just come up from the confined finals in 2008 and they were at the open standard.”

Since then, he has been in four All-Irelands with the Corofin group, with John Clancy as director. In the Corofin production of The 39 Steps, he had quite a complex role, playing the part of a clown and 20 other characters. Last year he played the cripple in The Cripple of Inishmaan, which came fourth in the All-Irelands.

While in Meath, he was involved with some productions of Flann O’Brien’s work. “I was with Dunshaughlin Players up there in Meath and we did a few Flann O’Brien pieces. We did an extract from At Swim Two Birds and I saw something doing a bit from what I’m going to be doing.”

The drama will be broken into lots of smaller sections. “It’s made up of small little tales, all within the one story. Some of the sketches are only two minutes, some of them might be three minutes, the next one might be four minutes and that’s the kind of style of it. There are 16 or 17 sketches in it, with a few different characters within that. Mostly I’m playing the one character, but he breaks into different characters within that.”

Now is a good time for him to do his own show he feels. “I have some spare time and I said why not give it a go?”