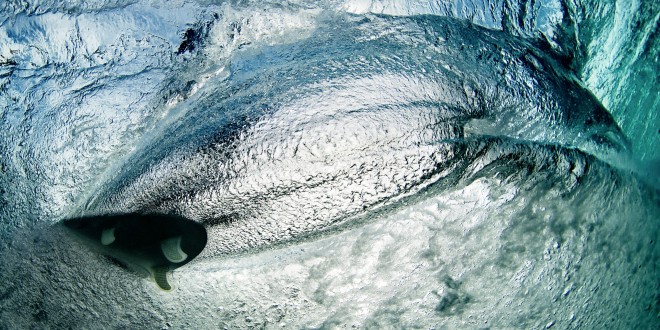 A North Clare photographer was named the overall winner at the British Wildlife Photography Awards held in London this week.
George Karbus, who has lived in Lahinch for the past nine years, attended the ceremony in Mall Galleries in London where he picked up the top accolade. In doing so he had to pass on the opportunity to go to another awards ceremony in Hong Kong where his images featured in the final five in two categories in the Red Bull Illume Photography Awards.
Mr Karbus won the top prize at the British Wildlife Photography Awards with an image of a dolphin underwater entitled In the Living Room.
“The photograph was taken in the most intimidating and surf-heavy spot on the Coast of Northern Ireland. I encountered this playful dolphin that suddenly started to surf the deep tube inside the waves. Each time the dolphin got into the wave, I dived underneath, held my breath and waited for the moment when he would swish through a silver barrel close enough to my lens. Water visibility is always very limited in Ireland, and I was very lucky to get a shot like this”, Mr Karbus stated. 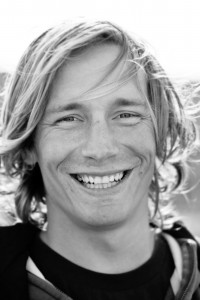 His winning image and the best entries are now included in a British Wildlife Photography book and in a touring exhibition. As the overall winner Mr Karbus received a first prize of £5,000.
“I have entered this competition a couple of times over the last few years and have always earned a highly commended but this year I was named the overall winner which is pretty big. It is a big competition and I saw the highly commended images, which came after mine, and they were really incredible so this is really great,” he said.
Two of Mr Karbus’s photographs were also shortlisted for awards at the 2013 Red Bull Illume photography competition in Hong Kong. The awards are for images of action and adventure sports and are open to photographers around the world.
The two photos, both also of dolphins, will now form part of the Red Bull Illume exhibition which will tour around the world for the next two years.
Mr Karbus has won numerous awards to date and was highly commended in the British Wildlife Photography Awards last year.