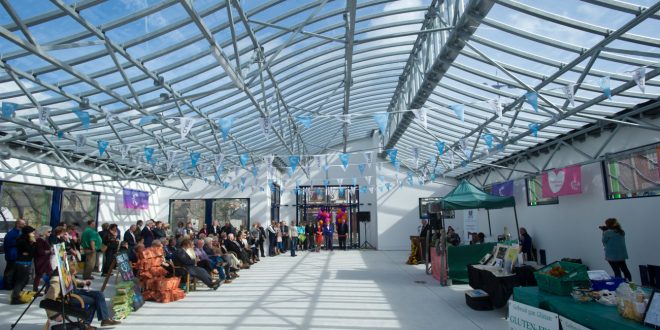 A proposal to offer stalls for free at the controversial covered market in Ennis has got the backing of members of Ennis Municipal District, with calls for the much maligned development to become a “gold elephant”.

Councillor James Breen has suggested that traders be encouraged to use the €1.75 million Ennis Market, with 12 months’ rent free. He said councillors are “getting it in the neck from every part of the county about the white elephant. Why not turn it into a gold elephant?”

Councillor Breen continued, “It’s time we did something to make the market work. It’s not working at the moment and we all know it’s not working. We need a small bit of imagination.”

Mayor of Ennis, Councillor Paul Murphy acknowledged that there are “a lot of bad vibes out there” about the market development.

Councillor Johnny Flynn suggested that Ennis’ ratepayers, such as clothing shops, food producers and speciality shops, could use the spaces for free to sell their products on a trial basis.

Councillor Tom McNamara hit out against the use of the term ‘white elephant’ in describing the market.

The council backed the proposal put before the meeting.

He stated that a number of successful markets and events have taken place in the market building, such as the monthly Biafest, the Art of All exhibition and the Fleadh TV broadcast.

“Ennis Municipal District will continue to actively seek additional quality traders with a view to resuming a vibrant Friday market.

In this regard, it is intended to seek further expressions of interest and offer incentives for a limited period of time, in an effort to attract quality traders to the market.”