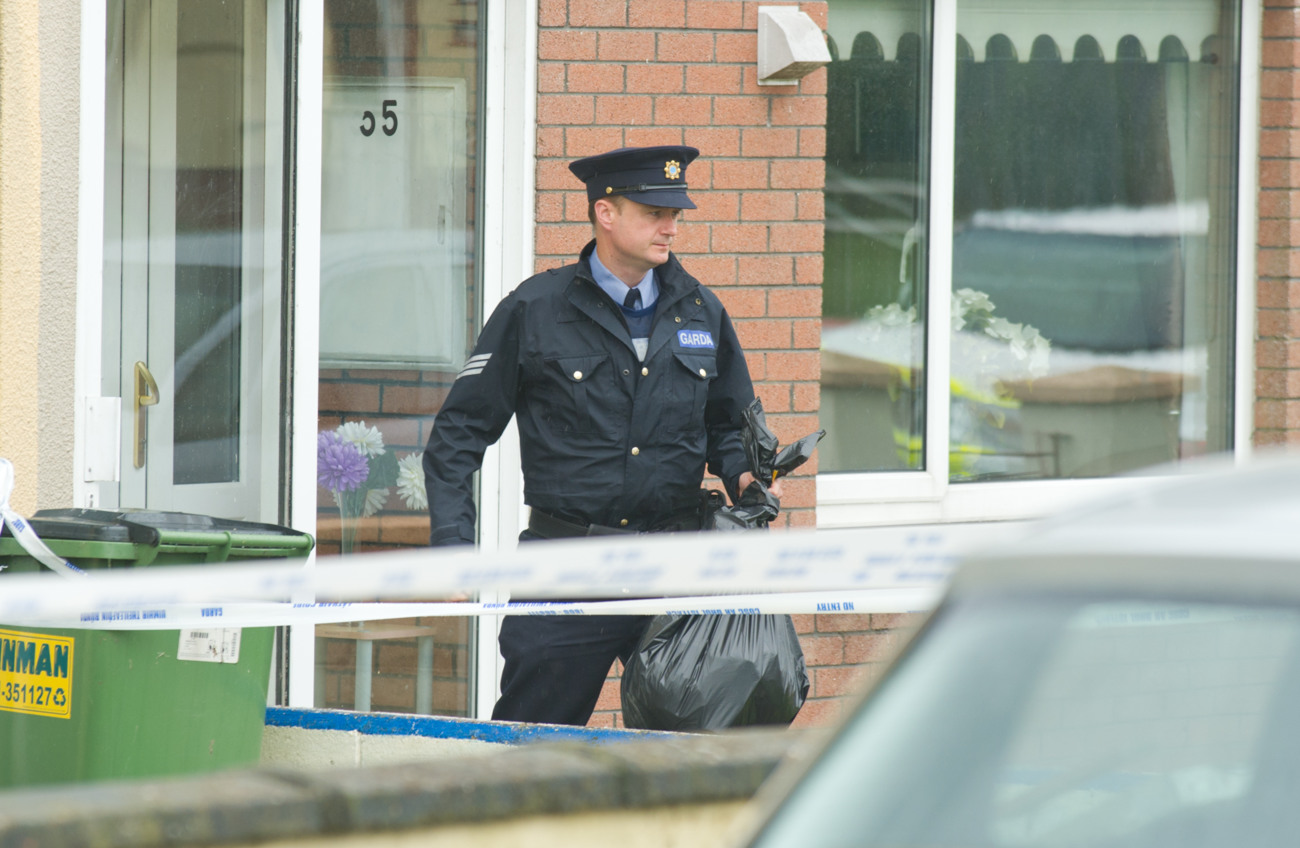 A Garda removes a plastic bag from a house at Marian Estate following the incident in Kilkee. Photograph by John Kelly.

Gardai at Kilrush, investigating the fatal stabbing of a man at Marion Estate, Kilkee at approximately 1.15am this morning, Sunday August 6 have arrested a second man this afternoon.

A 25 year old male received serious stab wounds and was removed to Limerick University Hospital where he was later pronounced dead. A 22 year old man was arrested a short time later in connection with this investigation and is currently detained at Kilrush Garda Station under the provisions of Section 4 Criminal Justice Act – 1984.

A second man, in his 20s was arrested in the Kilkee area and he is also being detained in Kilrush Garda Station this afternoon.

The scene is currently preserved for a technical examination. The Garda Technical Bureau is scheduled to attend the scene later today.

Gardai wish to appeal to witnesses who may have been in the area at the time of the incident or have information  to contact them at Kilrush Garda Station 065-9080550, The Garda Confidential Telephone Line 1800 666 111 or any Garda Station.

Carol Byrne is a reporter at The Clare Champion newspaper reporting on news in the East Clare area and the arts. She also covers the courts in County Clare and has received seven national awards for this coverage from the Law Society of Ireland and a National Lottery Local Ireland national media award for Best Community Story 2019. A Masters in Journalism graduate of NUI Galway, she also holds a Bachelor of Arts from the University of Limerick in Music and Media Studies, and a Higher Diploma in Irish Legal Studies. She began her career interning at The Limerick Leader and Clare FM, before taking up a full time post at The Clare Champion in 2006.
@@Carlsburn
Previous Magnificent Clare capture All-Ireland title
Next Third man arrested in Kilkee fatal stabbing