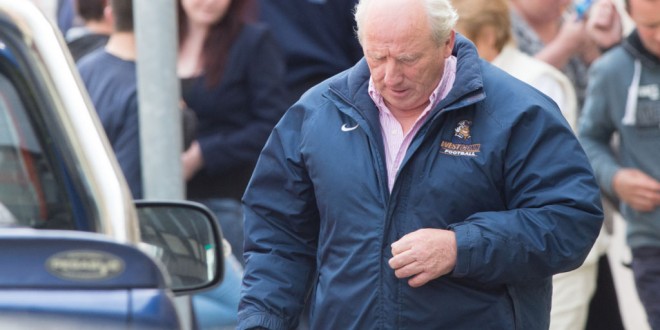 Kilkee farmer, Martin Gerard Foley was charged in connection with the dumping of decomposing animal carcasses.

A 62-year-old Kilkee farmer charged in connection with the dumping of decomposing carcasses at Baltard Cliff last year was advised by Judge Patrick Durcan to seek legal representation before his next court appearance.

Martin Gerald Foley of Lislanahan appeared before this week’s sitting of Kilrush District Court in connection with the discovery of approximately 17 animals at the base of Baltard Cliff, near Doonbeg, on dates unknown between April 20, 2013 and March 31, 2014.

He was charged with dumping the animals in  a manner that is likely to cause environmental pollution, contrary to Section 32 of the Waste Management Act.

During the hearing, Inspector John Ryan said the Director of Public Prosecutions had instructed that the case be heard in the circuit court.

The court also heard that when he was formally charged last Friday by Detective Garda Ollie Downes, Mr Foley commented, “I have nothing to say at this stage.”

Judge Durcan adjourned the case to give time to the State to draw up the Book of Evidence.

The animals were discovered at the foot of the Baltard Cliffs in April 2014. An investigation was subsequently carried out by Kilrush gardaí, the ISPCA, Clare County Council and the Department of Agriculture.

Judge Durcan remanded Mr Foley on bail to appear before the court on September 8 next.