Home » Breaking News » “Everyone likes to see them coming home” 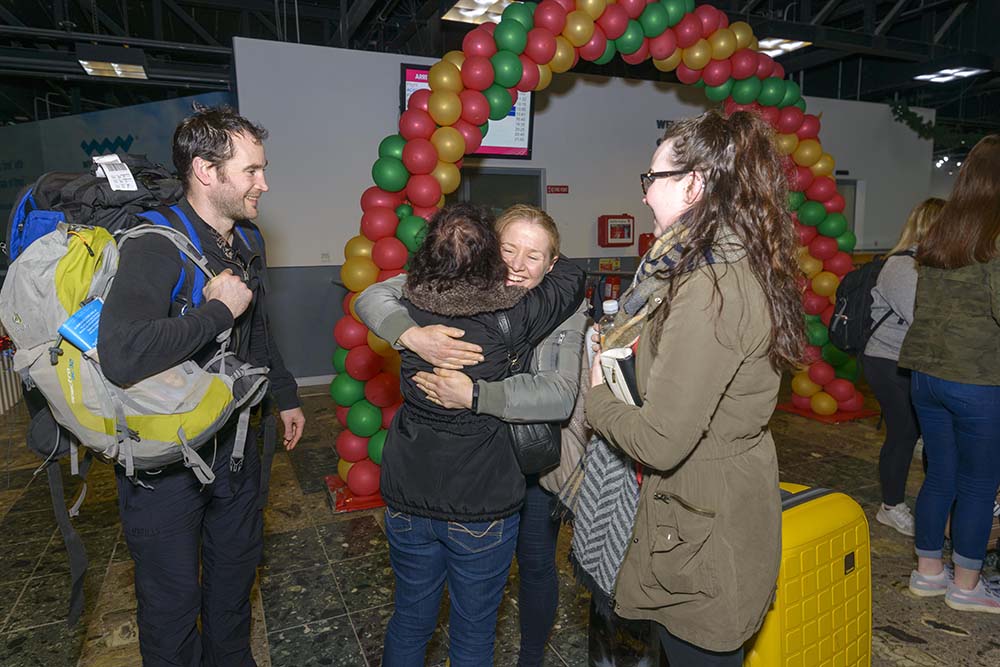 MANY tears of happiness have been shed in the terminal of Shannon Airport over the last week, as loved ones are welcomed home for Christmas.

People whose journeys began in Australia, America, the UK and many other countries are all being welcomed back into their families, with almost 73,000 expected to come through the airport over the festive period.

George Egan from Inagh was waiting expectantly outside arrivals on Wednesday morning for his London-based son, also called George.

Making his way to Shannon to pick up his son had been no chore. “I’m delighted, it’ll be great to see him. The rest of the family are coming tomorrow too.”

Young George works in finance in the UK and was glad to be home. “I’m back for a couple of weeks, so I’m delighted with that. It’s good to see him [his father], it’s been a few months since I’ve been back. I didn’t think he’d set this up!” he joked, follwing his interception by a Clare Champion reporter and photographer.

Mark White was in Shannon waiting for his 31-year-old daughter, Sonia, who lives in Western Australia. “She did the 17-hour flight from Perth to Heathrow last night, she got in at 5am, waited until 10am for this flight and she’s just coming in now.”

He was really looking forward to welcoming her back. “It’s great, it’s part of Christmas, it makes it that bit better.”

Mark’s other daughter, Lynn, was waiting with him, along with her two children. “I can’t wait to see her, I’m so excited, I talk to her every day,” she said.

Bernadette Conway from Tulla was there to welcome home her sister, Trish, who is now based in North Carolina. “It’s the first time in 18 years she’s been home for Christmas,” she said.

Trish was accompanied by her daughter, Caroline and while she was very tired, she was thrilled to be back. “Absolutely delighted, it’s the first time we’ve both been back for Christmas. We’re exhausted! We left Charlotte and had to go to Chicago, then London, then here. It feels like we’ve been travelling for days!”

Martina Fahy was eagerly awaiting her daughter, Michelle, who is studying nursing in the UK. “Oh sure look it, we’re all excited about her coming home for Christmas, thrilled. Family is part of Christmas, everyone likes to see them
coming home.”

Billy Power has been based in Arizona for the past 10 years and was home with his wife, Mary. “He married a Yank, so he had to move there,” she joked, as they were embraced by family members.

She loves coming here for Christmas. “In Arizona, it’s hot, we have rocks and sand but no snow!”

Her husband runs a flower shop back in Arizona but he said the long-term plan is to come home. “I try and come back every year, this is my second Christmas in-a-row, I’m looking forward to it. Eventually we’ll move back here.” 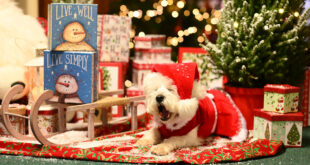