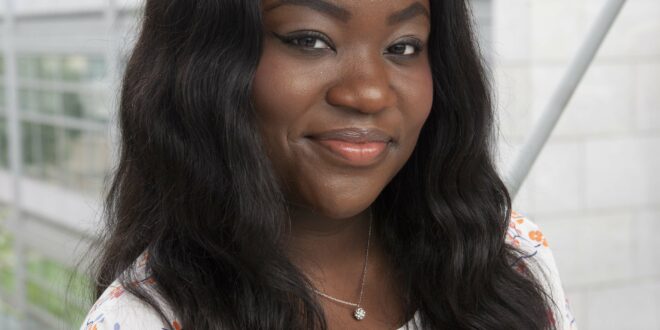 ENNIS TV presenter and journalist Zainab Boladale has been appointed to Dublin City University’s governing authority. Currently working on RTÉ’s Nationwide Zainab was born in Lagos before growing up in the county capital. She graduated from DCU with a BA Journalism in 2017 and was named Journalist of the Year at the DCU Hybrid Awards and also nominated in the same category in the Union of Students in Ireland Student Achievement Awards.
In that same year, she made her debut on TV as the presenter of RTÉ’s children’s programme, news2day and in doing so she also became the first Afro-Irish woman on Irish TV news.
Welcoming her appointment, the Chancellor of the University, Dr Martin McAleese said, “All members of DCU’s Governing Authority welcome Zainab’s appointment as its newest member and I know they all look forward to working with her. She will bring a depth of knowledge, insight, energy and a new perspective and will contribute positively to its work as the university continues to grow and develop.”
While Professor Daire Keogh, the President of Dublin City University said, “I know that Zainab will make a tremendous contribution to the work of DCU’s Governing Authority. She made a positive and lasting impression during her time here as a student and we have watched with pride as she continues to make an impact as a journalist and TV presenter.”