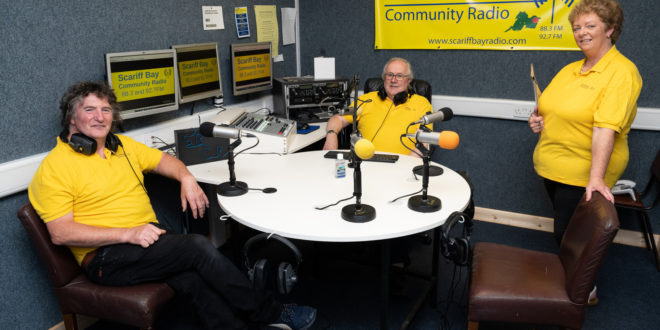 SCARIFF Bay Community Radio will broadcast a co-production with the award-winning Sliabh Aughty Drama Group at 2pm on Sunday, with a repeat broadcast at 7pm.

The play is described as “innovative and hilarious play”. It is hoped that, with the cancellation of the annual drama circuit events, this could inspire other amateur groups to write and perform plays for radio.

Ahead of the broadcast Ruth O’Hagan and Tara Sparling will be interviewed on Saturday Chronicle at 11.30am. The station, which covers East Clare is available on 88.3FM and 97.2FM; online at scariffbayradio.com; and on the TuneIn app.

Fiona McGarry joined The Clare Champion as a reporter after a four-year stint as producer of Morning Focus on Clare FM. Prior to that she worked for various radio, print and online titles, including Newstalk, Maximum Media and The Tuam Herald. Fiona’s media career began in her native Mayo when she joined Midwest Radio. She is the maker of a number of radio documentaries, funded by the Broadcasting Authority of Ireland (BAI). She has also availed of the Simon Cumbers Media Fund to report on development issues supported by Irish Aid in Haiti. She won a Justice Media Award for a short radio series on the work of Bedford Row Project, which supports prisoners and families in the Mid-West. Fiona also teaches on the Journalism programmes at NUI Galway. If you have a story and would like to get in touch with Fiona you can email her at fmcgarry@clarechampion.ie or telephone 065 6864146.
Previous Concern over dog thefts, burglaries in South Clare
Next Former Bishop says ‘forgiveness lacking’ in GolfGate row 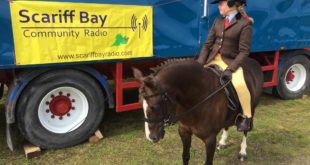