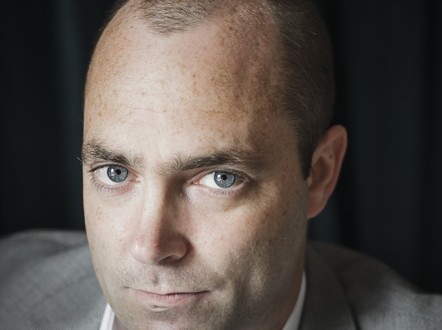 Exploring a life of isolation

FOLLOWING The Spinning Heart could have been a monumental task for Donal Ryan but the Tipperary man, who works in Shannon and lives in Limerick, had a novel he made earlier.

The Spinning Heart was famously rejected by 47 publishers before it was rescued from a slush pile and has since been critically acclaimed, as well as making the long list for the Booker Prize.

That was the first novel Ryan had published but it isn’t the first one he had written as The Thing About December, which hits the shelves later this month, came before it.

Like The Spinning Heart, he couldn’t find anyone to take a chance on it but after that novel proved so popular, the problem vanished.

While The Spinning Heart brought the stories of more than 20 characters together, this is really the story of one apparently simple and isolated man over the course of a tumultuous year, the author explains.

“The book is just a description of the thoughts of Johnsey Cunliffe, the main character. It’s nearly an exposition of his soul because it is thought for thought over the course of a year. The premise is that he has inherited land that is notionally worth millions now because it was rezoned.”

Johnsey has few friends or people who will spend time with him and to the outside world he may seem a bit simple but there is a little more to him, according to Ryan.

“There are flashes of real visceral intelligence. The way he deals with the world makes him look simple but he’s not really. I suppose in a way he’s a complex character,” he says.

It’s quite late on in the story before other people emerge as characters in their own right, he adds.

“He’s pretty much isolated for the first three-quarters of the book and then he befriends a guy called Dave in hospital, after he’s beaten up in the village. They strike up this great friendship.”

The theme of a simple, lonely man in a severe rural setting during the Celtic Tiger has been explored a few times lately and Ryan admits he hadn’t expected that would happen.

“It’s actually set in the same village as The Spinning Heart but it’s about 10 years earlier, it’s around 2001. When I wrote it I thought my premise was totally original but since I wrote it there’s been films and a couple of other books with a very similar premise.”

The film Garage, with Pat Shortt, might be an obvious comparison and Ryan said he was amazed with the similarities between it and his novel, but he says another film got even closer to what he had written.

“I saw Garage after I wrote the book and I remember going ‘Oh Jesus Christ, that’s fecking Johnsey!’ There’s another film called Sensation that I saw about three years ago and after it I nearly had a nervous breakdown. The character’s name is John, he’s a farmer in Tipperary, his parents die, he’s left land and the land is rezoned. It’s the exact same premise as my book. When I saw it first, I thought someone had got their hands on my manuscript,” he laughs.

While the theme mightn’t be as unique as he had thought it would be, he feels the authenticity of his character’s voice carries the novel.

“I don’t think it’ll be seen subject-wise as being startlingly original or anything but I think Johnsey’s voice is fairly unique alright. I think it will stand out that way.”

He wrote it throughout 2008 and in the early part of 2009, a time when the economy was declining at an astonishing rate and some of the wishful thinking about a soft landing was being exposed.

There is some criticism of the type of chancers who prospered during the boom, he acknowledges.

“People are getting together to try to persuade Johnsey to sell the land so it can be developed but Johnsey is holding tough. He’s got this thing that it’s not his land, it’s his parent’s land and his uncle’s land and he can’t let it go from the family’s hands. A consortium gets together in the village to invest and one by one they try to persuade him to sell the land.

“There’s a speech by Herbert Grogan, who’s a councillor and you know he’s a crook. I suppose he’s kind of a caricature. He’s only there for that speech. He’s a bit of an aggregation of all these people you hear about who were involved in all these dodgy decisions and who were getting in with builders and that kind of thing.”

He says the book reflects some things that he saw as a teenager when he worked for a vet and visited isolated farms for TB tests. Those he met in the more isolated pockets of North Tipperary were what he calls “the salt of the earth” but were almost totally isolated from community.

“You’d go into farms where you couldn’t even see the farmhouse from the road, places you wouldn’t even know existed. There’d be auld crayturs in there and their lives were so anachronistic really and they were so stuck in their ways.

Getting The Thing About December published was a direct result of the success of The Spinning Heart and one senses this novel means an awful lot to him.

“I’m really happy that this book has a platform. I kind of see it at times as the book I really wanted to write all my life and I put so much of myself into it. I found it so hard to write at times; it was a bit of a struggle. I hate to talk about this struggle thing but at times it was a struggle to get it done, to stay focussed on it and make it as true as I could.”

At times he felt the effort going into it was putting a serious strain on him. “I think I went half mad writing. I nearly became Johnsey at times I was so immersed in it.”

It was much harder to write than The Spinning Heart, he adds.

“I think that’s because I had to sustain the voice for Johnsey and I had to make sure that he read as being real. That was my big focus. I had to be sure I didn’t deviate too much from who he was. You have to develop the character but you want the character to be believable. It’s hard to sustain that because there’s only one voice in the book really.”

The book wouldn’t have came into being only for his wife, he says, who steered him the right way as he worked on it.

“I have Anne Marie to thank because one, she made me start it; two, she made me stay going and three, she stopped me from ruining it because at times I was going off on various tangents that were just ridiculous and she pulled me back and said ‘that’s crap, get rid of that’.

While she was important to the novel’s development, he says Johnsey became important to his whole family, who felt an attachment to the bachelor.

“I stopped around three-quarters of the way through it for around four weeks and then I started to realise that if I didn’t get back into it, I’d never finish it. Again, Anne Marie and my parents were telling me that I had to finish the book because they’d all read it up to that point. Johnsey had nearly become part of the family,” he concludes.