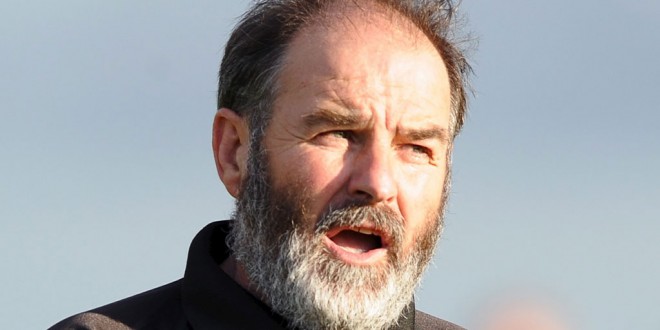 Dog warden confronted by the ‘Hakka’

CLARE’S dog warden has told a court how an Australian woman confronted him at Ennis Pound, as if she was doing the “Hakka”, and demanded to see the “f-ing dungeons”.

Describing the way he was confronted by Mrs Le Francois, Mr Coote said, “the only way I can put it is it was like a Hakka, the woman was coming up into my face”. He said she “went to attack me” and had called another employee names.

Mr Coote said Ms Le Francois told him that she was entitled to see “the f**king dungeons” at the pound, and when he told her “there are no dungeons”, “she tried to push past” him.

Mr Coote said he advised his assistant to get inside the pound and lock the door. He subsequently contacted the gardaí. He said Mrs Le Francois “seemed to have issues with the whole system overseen by the ISPCA”.

Mr Coote said he received Facebook messages from Ms Le Francoise, telling him “when I get the job, you will be removed”.

Defence solicitor, Daragh Hassett said his client is part of a charity group seeking to tender to operate the dog pound. He put it to Mr Coote that his client had suggested to him that he was “too quick to put dogs down” and this had annoyed him.

Disputing this, Mr Coote said, “Absolutely not, it doesn’t annoy me at all. I’m on Clare FM on a Tuesday morning outlining how many dogs are put down every month.”

Samantha Cleary, a kennel person at Ennis Dog Pound, said she met the defendant earlier between 9am and 1pm on August 6, when she attended the pound with a rescue group.

“I was just letting the last member of public out when I heard raised voices outside the pound. This was around 7.40pm because I was late closing. I walked over to where Frankie and Gillian were standing. She was shouting at him. As I got closer, she turned to me and asked where the computer was and came towards me and her hands were flailing,” she said.

“She started walking quicker towards me and Frankie got between us. She was in his face pointing fingers and saying she’d get me out of my job. She called me the b***h with the tattoos and piercings and that I was nothing but a liar. Frankie was guiding me towards the gate of the pound. I thought she was going to hit him to be honest. She was threatening to come back the next day and that she’d get our jobs and she’d see the dungeons,” Ms Cleary outlined.

Ms Cleary said after the incident she became physically sick and was “shaking because of the fear and shock of the whole thing”. She said she saw a doctor the next day as a result.

Under cross-examination, Mr Hassett said his client was at the pound earlier that day with Deirdre Ryan of Rover Rescue, and they had raised issues with dogs not being put up for re-homing on the pound Facebook page. Ms Cleary agreed with this.

He said his client denied shouting at the complainants but that she did ask about the computer and had been told it had a virus.

He put it to the witness that she and Mr Coote had raised a number of things in their evidence in court which did not appear in their garda statements. Among them was that Ms Cleary had been physically ill and had seen a doctor, and also about his client allegedly calling her “the b***h with the tattoos and piercings”.

Ms Cleary said she did not mention some of those things because she “was in such fear”.

Garda Chris Power, who investigated the matter, said both Mr Coote and Ms Cleary were “quite clearly upset and anxious to make statements” when they came to Ennis Garda Station on August 7 to report an incident at the pound the previous day.

He said on September 29, he met and took a cautioned memo from the defendant. In this memo, Ms Le Francois said she was at the pound earlier on August 6 and was not allowed to see what she called the “dungeon” area of the pound due to public liability issues.

In the evening she said she returned with Mandy Ellis to ask for access to the dungeons. She told the garda they were not allowed in this time for a different reason.

He said a statement taken from Mrs Le Francois’s husband supported her version of events.
However Garda Power said he never spoke with Ms Ellis because he established she had left the vicinity before the alleged incident occurred. He acknowledged this was “a mistake” on his part.

Giving evidence in her defence, Mrs Le Francois said she felt she would be admitted to the dungeon because she had emailed the CEO of the ISPCA about gaining access that day.

“I didn’t receive a reply but I got a read receipt so I knew it was read,” she said.

She said that on arrival she “heard Frankie Coote on the phone and I assumed it was with the CEO and that we’d be allowed in to see the pound”. “I was completely civil” she said, adding that the suggestion that she approached him like doing the Hakka “was ridiculous”.

She said she did not make the remarks about tattoos and piercings or that she would go after the two employees jobs.

“I did say if you were in Australia you would be out of a job because they have strict rules in Australia. I never called anyone a b***h and I don’t believe I was threatening. I’d my Golden Cocker on a leash and I suggest that any lunging or Hakka was because of my dog pulling me around. There was no intent or threat to intimidate anyone,” she said.

Under cross-examination, Inspector Tom Kennedy put it to Mrs Le Francois that she was at the pound “with an agenda”, to carry out an inspection and when denied access she became irate and acted in the way the State witnesses described.

This was disputed by Mrs Le Francois, who claimed the witnesses were “trying to beef up their side of things” and what they had said was “nothing to do with what was in their police statements”. “As far as I’m concerned there was no incident,” she said.

Judge Timothy Lucey described the case as a “fairly serious incident” and there was “nothing trivial” about it. He said Ms Cleary’s evidence showed how frightened she was and the defendant seemed to think nothing happened.

“It’s very difficult to reconcile the two pieces of evidence. It appears [the defendant] had fairly strong opinions of the pound and refers to the pound as the dungeons throughout. She has an agenda here and I’m not sure she’s going about it the right way. It is hard to believe nothing happened and I’m more inclined to believe the State witnesses, who maybe dramatising it more than it was, but I believe an incident took place,” he said.

Judge Lucey added that he didn’t think it was at the higher end of the scale of offences of engaging in threatening, abusive or insulting behaviour but said there was sufficient evidence to find the case proven.
He recorded a conviction and fined Mrs Le Francois €250. He also fixed recognisance in the event of an appeal. 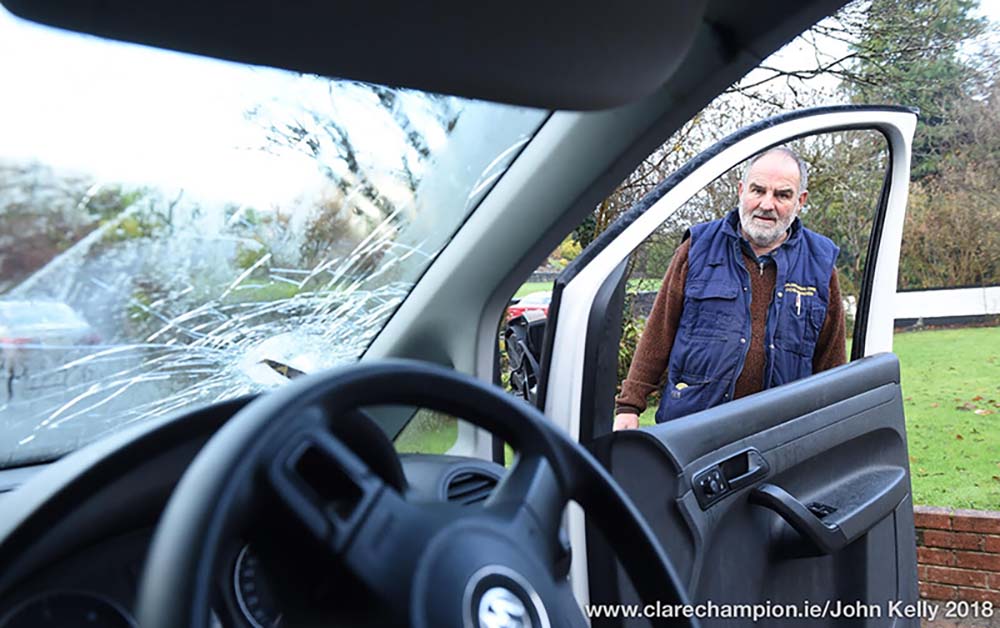 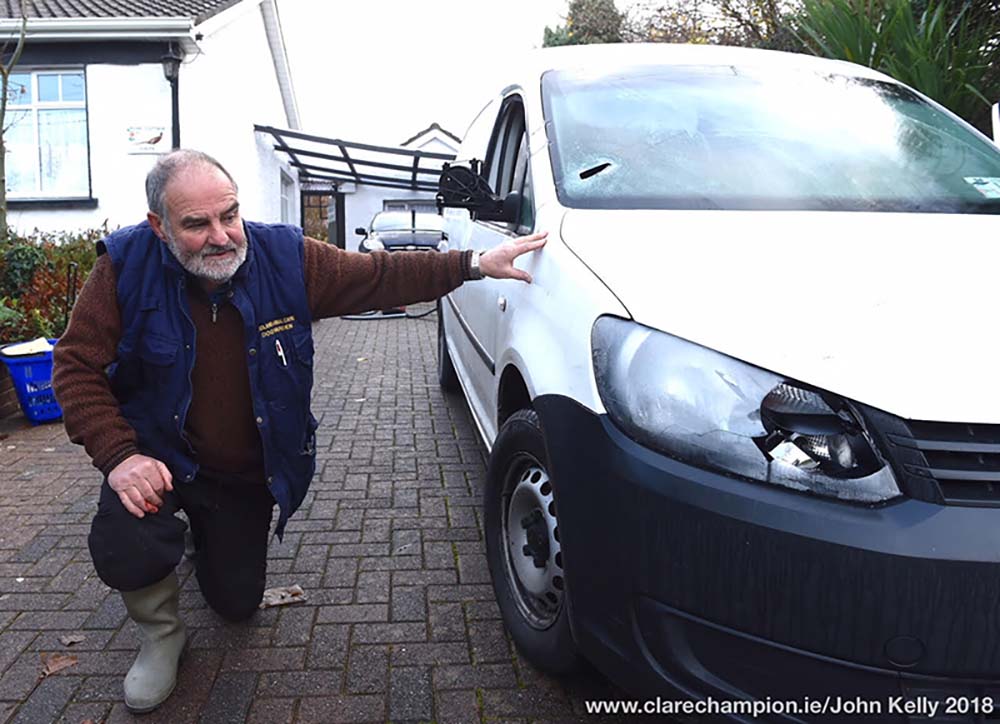