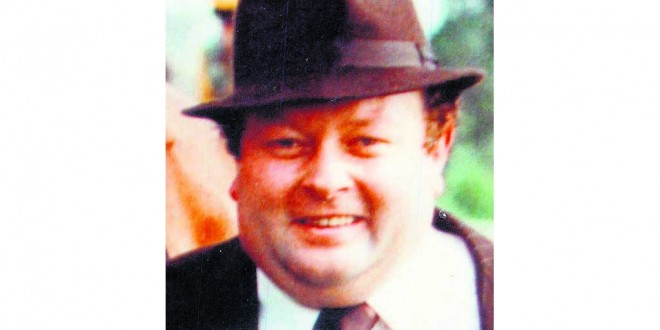 THE death took place recently of Michael Flynn, Moore Street, Kilrush, the former public representative and prominent businessman. He was a member of a family who had close links with the commercial life of West Clare for many years.

Aged 73 years and a native of Moore Street, Michael was educated at the local CBS schools, after which he joined and later ran the well-known family grocery shop and bakery business set up by his late father, Michael and mother, Madge. Flynn’s bakery was a household name and Michael became a popular and familiar figure, making bread deliveries to various parts of Clare.

He also took an interest in politics and decided to run for election to Kilrush Urban District Council in 1979 on the Fianna Fáil ticket. He was successful at his first attempt and it was a proud occasion for him when he was elected chairman of the council in 1982. He wore the chain of office with distinction and during his term in the chair, Kilrush twinned with Plouzané in the Brittany region of France and he made a few trips there with council members in subsequent years. He also had the honour of welcoming President Patrick Hillery to the town in 1983. He was chairman for another year in 1984 and in the elections of 1985, he was returned to the council chamber for another term.

He continued to look after the interests of his constituents and the town for another five years, before retiring from public life.

Michael was also a member of the group that was responsible for saving Kilrush District Hospital, when it was among the institutions earmarked for closure by the health board, as part of its restructuring and money-saving plan. He continued to be a member of the group looking after the interests of the renamed Kilrush Community Hospital and was its treasurer up to the time of his death.

In his younger years, he played Gaelic football with Kilrush Shamrocks and in the 1960s, was a member of Kilrush Operatic Society, which brought many well-known operas and world-famous singers to perform in the West Clare capital.

Later on, he developed an interest in horse racing and owned two well-known horses, Five Stars Final, the winner of 11 races in his career and Moneypoint, who won a few bumper races. They gave Michael and supporters a lot of sport over the years.

In recent years, Michael did not enjoy the best of health but was quite active right up to a very short time before his death.

He died at his home in Moore Street on Sunday, February 2. Reposing at Cusack’s Funeral Chapel, Kilrush on Tuesday, February 4 and afterwards at his home. His remains were brought from Moore Street to St Senan’s Church, Kilrush for funeral mass. The chief celebrant of the mass was Fr Michael Sheedy, who paid tribute to Michael for his contribution to the local community throughout his life.

Michael’s son, Rory, paid tribute to people for their kindness to Michael since he got ill and for their support and help to the Flynn family since his death.

Michael’s popularity was reflected in the huge crowds at reposing and at the funeral mass. Burial was in New Shanakyle Cemetery, Kilrush, where Fr Martin Blake officiated.

Previous Mazda3 is all new
Next A man for all seasons

JUDITH Ironside, a woman whose voluntarism permeated through local and national organisations all her life, …