Home » Obituaries » A man for all seasons 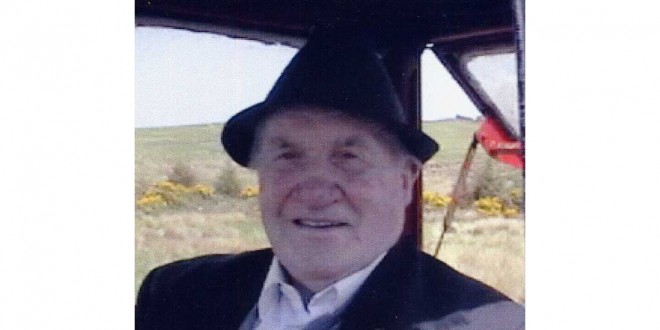 A man for all seasons

HE was famously known around Ennis as “the man with the tractor”. Yet there was a lot more to John O’Donoghue, a whole lot more. In the first instance, he was a son, a brother, an uncle, a neighbour and, above all else, a friend. A man who neither backed down nor backed off when put to the test, a man with an iron will when he had made his mind up and a person who lived every one of his 93 years without fear.

To further enhance his many hidden qualities, he was a passionate GAA man, an engrossing political enthusiast and an outstanding conversationalist and raconteur.

John was born in the townland of Drumcreen on the borders of Dysart and Kilnamona in June 1920.

He was the second child of Jack and Mary O’Donoghue (née Kelly). His sister, Bridie, married in Crusheen and became the mother of the famous Tierney clan there.

John inherited the family farm when his parents died and continued for many years to take care of his brother, Tom, who suffered from a moderate disability. Though there is no record of him as a player in his younger days, John, as an adult, became an enthusiastic and able administrator in the Kilnamona Hurling Club, which was somewhat in the doldrums at that time.

As county board representative, his duels and sparring with the chairman, Fr Michael Hamilton, subsequently Canon, became legendary.

John made many great friends in Clare GAA circles, chief among whom was the great John O’Gorman from Clohanes, a man who came from the same rural background as himself. Objections and controversies in the GAA world of that era were something akin to a blood sport, with those who had a sharp knowledge of the rule book becoming personalities in their own right.

Also, there was a certain cut and thrust between John and his neighbour across the fields, the famous Paddy Reidy, an objections genius, who represented Ruan on such occasions.

In the early ’50s, a crop of youngsters began to emerge in Kilnamona and led by a few enthusiasts such as John, Frank Mescall, Jack ‘Fox’ Griffin, Michael O’Sullivan and the personable Flan Galvin of Clare Champion fame, a juvenile championship was won in 1954.

It was to be the start of a great revival in the club’s fortunes that has continued to this day with the union with Inagh.

In the late ’50s, Kilnamona had many clashes with St John’s of Ennis, an emerging club at that time that had a host of classy players. The idea was always to put the Ennis boys in their place at every opportunity.

For Kilnamona, an opportunity to put this into practice arose in a game that was fixed for the Corofin Sportsfield. It was to provide one of the most amazing, unplanned, incidents in the GAA life of John O’Donoghue.

In the weeks before the game, he had taken his old watch for repairs to the premises of the famous organist and choir master, Mons De Regge in Ennis. When he called to pick it up, De Regge could not lay his hands on it and for the moment he loaned John quite a valuable gold watch. During the course of the game in Corofin, a bit of a “schemozzle” arose and John went in to help break it up and restore order.

In the confusion, De Regges’s watch was lost. After the game, some of the players searched the field to no avail. The following day, the search resumed again without success. It took all John’s persuasive powers to get out of this one with the jeweller.

One of John’s other enduring GAA passions was the Kerry football team in which he had a lifelong interest. In the ’40s and early ’50s, John was a leading light in the organisation of the famous Drumcreen Sports that saw some terrific duels between sprinters such as David Browne and JJ Murphy in the 100 yards dash.

John was an active supporter of Fianna Fáil for many years but the failure of the Land Commission to deliver a small parcel of divided land put an end to that relationship. He subsequently became an admirer of the politics of Neil Blaney.

John built up a fine social circle. He made many friends, especially the Cotters in Knockreagh, the O’Loughlins in Rushane and the family of the late Michael Rynne in Cusack Road, Ennis, where he was a frequent visitor on his way out of town. Of course, his cousins, the O’Donoghues and Gerard and May Deignan in Parnell Street, were always on his visitors list. In friends abroad, he was a great admirer of Denny Rynne, a nephew of the famed Mike McTigue, who was well known in boxing circles in London and he had an enduring friendship with his former neighbour, Bridie Molyneaux (née Keane) and her husband, Geoff in Manchester.

John enjoyed driving his famous Ferguson 35 and having the odd whiskey or two with friends.

Moderation, decency, dignity and a sense of duty, neighbourliness and service were hallmarks of his personality. True to the words that Robert Whittington wrote about Sir Thomas More, he was in every sense “a man for all seasons”.