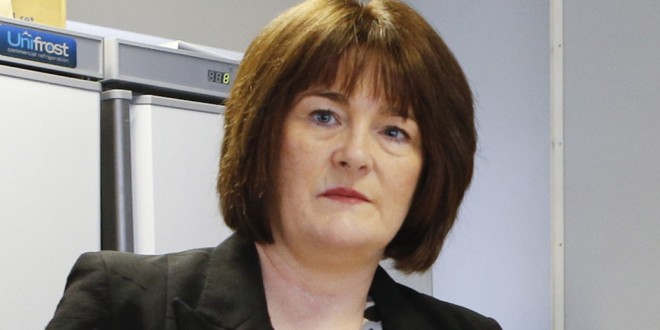 Crumbs of comfort for hard-pressed families

Mid West Simon has launched an emergency food appeal after it emerged that some families in Ennis and Kilrush were struggling to put food on the table.

The charity told The Clare Champion that they “urgently need support in order to maintain our vital food banks in Ennis and Kilrush for families under severe financial pressure”.

Mid West Simon general manager, Jackie Bonfield, said people who cannot pay for food are sometimes too embarrassed to ask for help.
“It is difficult to understand how food poverty can be experienced by families or individuals in Clare but the facts are so clear. People are suffering behind closed doors and are often too ashamed to ask for help. Low incomes, high rents, high mortgage payments and increasing utility bills are forcing people to choose between food and bills,” she revealed.

The most recent CSO statistics indicate that over 15% of the population is at risk of poverty, with more than 8% living in consistent, ongoing poverty.

“These figures are being borne out every day in the number of people attending the food banks run by the Mid West Simon Community. We are currently supporting over 100 families through our bi-weekly food banks in Clare and Limerick. We know, for a fact, that without access to the banks, these families wouldn’t have enough to eat, which is quite a statement considering talk of ‘green shoots’ and of ‘corners being turned’,” Ms Bonfield stated.

She has found that families in Clare are running out of food during the summer because their children are not being fed at school.

“You might be surprised to hear that the demand for our food banks has increased beyond all expectation during the summer months. By talking to clients and other agencies, we now understand that the reason for this is that many of our clients’ children attend DEIS schools, where they received meals during the school term. However, these families find themselves in real difficulty trying to feed their children during the school holidays, as well as, in some circumstances, the increased cost of childcare.

“Unfortunately, we don’t expect a decline in demand any time soon because, in a few weeks, families who are already strapped for cash will be facing into an even more difficult time, while trying to get everything that their children will need for the new school year,” she pointed out.

Mid West Simon is supported in the provision of their food banks through the charities Food Cloud and Heart to Hand which, in turn, work with food suppliers, including Tesco and Aldi, who donate all their excess stock to Simon and other charities.

“Unfortunately, Mid West Simon is finding the demand for our food banks in Clare is now far outstripping the amount of food that they receive from these sources. At Simon, in addition to our food banks, our other main focus is on preventing homelessness,” she explained.

They do this through a partnership with the Irish Mortgage Holders Organisation, as well as offering advice and information clinics for those who need support around any difficulties they may be experiencing with rent or mortgage arrears and through their Deposit Loan Scheme.

Ms Bonfield also referenced a recent study by the Irish League of Credit Unions which found that almost a third of parents find themselves in debt covering back-to-school costs.

The survey found that uniforms can cost an average of €166 for primary school children and €258 for secondary school students. School books for primary school children cost an average of €106 and €213 for secondary school students. Over two-thirds of those surveyed said the costs will impact their ability to pay household bills. The survey also found that 20% of parents said they will need to borrow to meet the costs of  going back to school.

Donations to Simon’s emergency food appeal can be provided in the form of food or cash donations that will be used to purchase food stock. If there are any food wholesalers, food producers, individuals or groups who would like to help, they would be most grateful. They can be contacted on 061 608 980 or at  admin@midwestsimon.ie.