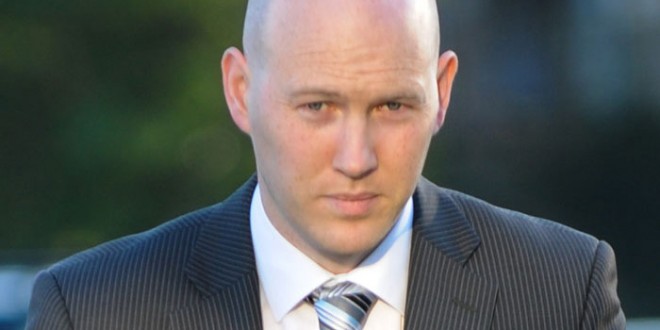 Clare County Councillors decided to defer making a decision on adopting a controversial road into the County Development Plan, following trenchant opposition from a lobby group.

Councillors were given a deadline of July 31 at Monday’s council meeting to make a decision on the proposed Northern Distributor Road. No councillor spoke in favour of proceeding with the preferred route option.

Senior planner Gordon Daly warned if councillors decided not to adopt the variation, it had the “potential to end the project for now” and noted that it may not go ahead in the future.

Councillors voted by 17 votes to nine to defer a decision on this contentious route until Friday, July 24. The deferral was proposed by Councillor Pat Burke and seconded by Councillor Tom McNamara.

Councillor Tony O’Brien proposed a sub-committee be set up including councillors, planners and engineers to try to devise an acceptable alternative proposal.

Before the vote, chief executive officer, Tom Coughlan, reminded councillors this proposal involves one of the most important decisions they would make in relation to a key infrastructure regional project that had huge benefits for the local economy, including improving access to the University of Limerick.

Mr Coughlan stressed this wasn’t a decision they could take lightly, as they had to assess the cost and benefits of this development for the whole county. If councillors decided not to approve the variation, he warned there is a danger a major investment could be lost to  the county.

At the start of the discussion, council cathaoirleach James Breen warned that regardless of what decision the councillors would make, it would not suit everyone and expressed some sympathy with residents who would be affected by the road.

Mr Daly told councillors the proposed variation of the County Development Plan and the variation of the South Clare Plan concerned the Limerick Northern Distributor Road, which he described as a vital piece of infrastructure for the region.

Mr Daly explained this road would help improve access to the University of Limerick from the Clare side and facilitate its proposed expansion into the Banner County.

While this project has been around for some time, he outlined that councillors were being asked to adopt a preferred route corridor into the County Development Plan.

However, he stressed councillors were not being asked to make a decision to grant planning permission for the road, which would have to go to An Bord Pleanála and would probably involve an oral hearing.

Acknowledging the development of a major road project would have an impact on people, he outlined the council’s role is to work for the common good and to try and minimise the impact on people.

Councillor Cathal Crowe welcomed residents from Parteen, Ardnacrusha and Clonlara to the meeting. Despite 407 public submissions to the consultants managing this project for the council, Councillor Crowe claimed not a “single inch of this road” was altered, as the preferred route corridor was pursued.

He noted the distributor road would effectively divide Parteen in half, that it would be built on land that has been subject to flooding and that it could create another “county boundary”.

His opposition was greeted by a round of applause from residents in the public gallery, which prompted the chairman, Councillor Breen,  to remind them there could be no further applause or comments.

Councillor Michael Begley argued it would make more sense to consider including the road in the new County Development Plan shortly before it would be adopted in January 2017.

However, Mr Daly said that would be 18 months away, so it was felt that a variation to the current plan would meet the current timelines.

Even if councillors agreed to approve the preferred route option, Councillor Begley warned it wouldn’t be off the drawing board by 2017.

While Councillor Tony O’Brien acknowledged the huge economic benefits of improving access to UL on the Clare side, he stressed this should not be permitted once a community is divided.

Despite the creation of construction jobs in the short term, Councillor Gerry Flynn expressed concern about the potential job losses due to the significant impact on productive farmland.

He also expressed dissatisfaction about the absence of a cost benefit analysis, the potential cost to the environment and the creation of urban sprawl.

With the CFRAM flooding assessment not due for completion until 2016, he felt this should be taken into consideration and wondered where the Government would secure funding of up to €150 million for this project.

Councillor P J Ryan stressed there was a duty on the council to put people first before any engineering proposal.

Councillor Joe Cooney expressed his disappointment with a direction from the consultants that under no circumstances could there be any variation to the selected route.  In fact, he pointed out that an alternative proposal from Councillor Michael Begley didn’t merit serious consideration.

Sensing the proposed variation would not be approved if a vote was taken, the chairman proposed to adjourn consideration for two weeks before Councillor Christy Curtin and Clare Colleran-Molloy also expressed concerns.

Councillor Johnny Flynn said he had major concerns in relation to the impact on flooding on the outskirts of Clonlara and felt the proposed crossing was too far out on the Dublin Road.

Councillor Pat Hayes proposed the vote should be adjourned for two weeks and he was supported by Councillor Tom McNamara, who felt more time is needed to come up with a more acceptable alternative.

However, Councillor Ann Norton wondered about the merits of a postponement if the route is not going to be altered, as they would face the same scenario in two weeks’ time.

Mr Daly pointed out the consultants had taken the flooding issue into account and concluded that the road could be built without exacerbating this risk. He recalled the alternative option of upgrading the road from Larkin’s Cross had been explored during the route options process and noted the preferred route was seen as the best option.