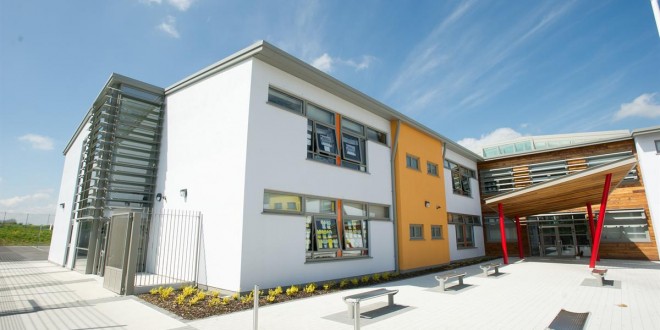 PLANS for the installation of a pedestrian / cycle crossing close to one of the county’s largest primary schools will result in the development of “critical piece of infrastructure” which will protect the safety of children, a meeting of Ennis councillors has heard.
The development of a pedestrian / cycle crossing at Ashline on the Kilrush Road, close to Ennis National School, has been proposed by Clare County Council. Members of the Ennis Municipal District voiced their support for the plans at a recent meeting of the local authority.
A report presented to members at the meeting outlined that the traffic calming measures will “facilitate the safer walking and cycling access to/from Ennis National School and St Flannan’s” and “provide for pedestrians and cyclists in the area outside of school times”.
The works involve: removal of existing warden crossing; provision of zebra crossing with refuge island; minor realignment of the existing junction; provision of segregated off road cycleway/footway; set back of existing low level walls; resurfacing of existing laneway; provision of additional lighting; provision of all associated signage and road markings; provision of landscaped areas; and provision of associated ducting and electrical works.
Eamon O’Dea, senior executive engineer, outlined that there was one submission made to the council in relation to the plans, from Mayor of Ennis Councillor Paul Murphy.
The councillor had suggested that the shared cycle and walking pathway markings on the approach to Ennis National School be replenished and coloured differently to each other if permitted. He also sought that the speed of vehicles turning into Woodhaven be looked at and actioned as part of this scheme.
The report recommended that the proposal go ahead and regarding the issues raised by Councillor Murphy, the Woodhaven issue is being examined by the Municipal District Office and the line marking proposal will be assessed having consideration of the Traffic Signs Manual which prescribes the size, type and colour of road-markings on public roads.
Councillor Murphy commented that the crossing will mark a “critical piece of infrastructure which will provide safe passage to Ennis National School and for that whole side of the town”. He pointed to the importance of the development in supporting children cycling to school. The proposal was seconded by Councillor Clare Colleran Molloy who sought clarification on the exact location. Councillor Johnny Flynn also voiced his support describing the move as “positive” and acknowledging “the work that has been done in trying to make the town accessible”.
Mr O’Dea outlined that the crossing would be located between O’Sullivan Hansbury’s and Ashline Cross. The proposal also includes lighting for the lane-way used to access the school which will “improve the area and make it more accessibly friendly”.
Councillor Pat Daly stated that the need for the pedestrian crossing is a “health and safety issue” and that he “fully supports” the efforts to protect children. Councillor Mary Howard commented, “It’s great to see”, while also acknowledging those behind the success of the Ennis National School walking bus. While Councillor Mark Nestor stated, “Anything that can increase the safety for children going to school is very welcome.”