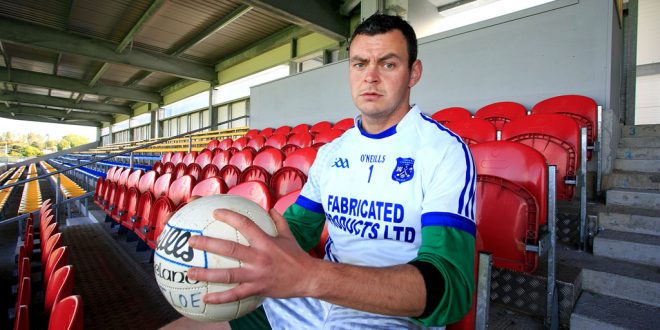 EIGHTEEN minutes into the county semi-final, Cratloe goalkeeper Pierce DeLoughrey was considering all options. Where was the nearest exit and should he make a run for it?

Four times the size five had settled in the net behind the Limerick-based army man and he held himself directly responsible for three of Miltown’s goals. His mind was racing and the last thing the Cratloe captain envisaged was that his club would somehow excavate their way into the 2016 county final.

Eleven points down, DeLoughrey was convinced that it was going to be a long winter.

“I gave away two goals and for the third one, I was beaten on my near post. So it was my fault for three of them. I was embarrassed and frustrated. But I tried not to throw the rattle out of the cot because I was captain. You have to try and lead by example so, as down as I was, I tried to get on with it. I just kept thinking ‘next ball’ because I didn’t want anything that I was thinking filtering through the team,” he told The Clare Champion.

Not unlike his younger brothers, Wes and Dean, Pierce doesn’t lack confidence. That confidence dwindled dramatically though last Sunday week.

“The only thing I was grateful for was that there wasn’t anyone behind the goals. A couple of years ago, when we played Éire Óg, it was packed and if I let in goals like that in front of a couple of thousand people, I’d have got some stick. That was the only positive I could take. It’s a fair lonely place, especially with Colm Collins jumping down your throat. I thought I was after costing it for the lads. You’re thinking the final is gone. That was me but everyone else, straight away, picked it up and I fed off that. I was just so grateful that everyone pulled together and, to be honest, they took me out of a hole,” he acknowledged.

Pierce harks back to 11 years ago for a similarly unprecedented comeback.

“Next to Liverpool in Istanbul, it was the best comeback I’ve ever seen. To be so far down against the county champions…It would be one thing if they were an intermediate team in a challenge match but a team of their class, to come back against that, it has to be one of the greatest comebacks in club GAA.

“You can learn an awful lot from a game like that, that you can’t learn in training. You drop a ball in training and it doesn’t matter but when you do it in a county semi-final, you have to build up the nerve to keep going. You only get that in matches with all the pressure of people watching. I had a terrible game but at least I kept going,” he reflected.

As he prepares for his third county final, another issue is weighing on Pierce’s mind. His age. He cannot help but notice that his 29th birthday will roll around next month.

Currently on a 10-week course in The Curragh, Pierce served in Africa in 2009 and is due to head to Lebanon with the Irish Army in November 2017.
“Army life is unreal. As opposed to office or factory work, you’re always out doing something and you have ample time to train. What other job would you get paid to go out training?” he wondered, adding that one of his roles is to train recruits.

“Even though their fitness mightn’t be great coming in, after three months of constant training, you need to be still setting the pace for them. You have to be constantly training yourself. You’re supposed to be a leader,” he explained, outlining how important it is to maintain a high level of fitness.

While Pierce will play in his third county final, some of Cratloe’s dual players will line out in their seventh county final on Sunday.

“We really appreciate it. We don’t take this for granted. There are tonnes of great teams and players in Clare who haven’t won it. They put in as much hard work as anyone. We’re really grateful for anything that we receive,” he said.
As team captain, Pierce mainly talks about defensive issues. He laughs as he reveals this.

“I only talk about defensive stuff or anything that’s going wrong that we need to fix. It’ll be some craic talking before the next match after all the mistakes that went on. I’ll be talking for half an hour before the game. There are so many leaders, I’m happy enough just to let lads talk away. There are lads with All-Stars and All-Irelands. If they all want to say their piece, let them off,” Cratloe’s number one smiled.