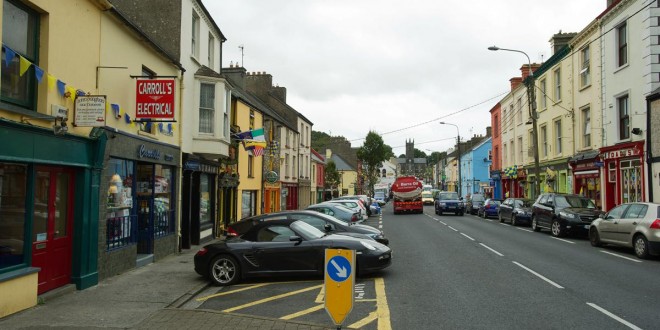 A view of Ennistymon Main Street.

Councillors call for staff and services to stay in Ennistymon

Public representatives and council officials have praised the communities of North Clare and council staff for their efforts following recent storms which caused extensive damage to infrastructure in the area.

One local councillor has called for the ban on the hiring of public servants to be removed, claiming that “recent events show the need for the embargo on frontline staff to be lifted.”

Fears about the future of services at the council’s Ennistymon Area Office were also raised as part of a discussion at the first North Clare area meeting of the year on Monday.

Councillors and officials were united in their commendations of staff from the office and voluntary groups who helped in the clean ups following the series of storms so far this year.

Mayor of Clare, Councillor Joe Arkins paid tribute to communities and in particular, the council’s administration and outdoor staff for their efforts in the wake of destruction by the storms.

“People were out working in conditions and temperatures where you wouldn’t put out a dog and the general public are aware of the efforts their local staff made,” he said.

Councillor Richard Nagle pointed out that council staff were available ‘24/7’ throughout the clean up and stated that more than 28 people had left the roads and water sections in the North Clare area and had not been replaced with more due to retire.

“If the workforce continues to fall, it will not be possible for the service to be provided because there won’t be people there to do it. The embargo needs to be lifted. It also highlighted the need for a local office in Ennistymon,” he added.

Councillor Nagle highlighted the importance of “local knowledge” when dealing with incidents in the area and said it would be “unacceptable” if the county council offices in Ennistymon were “downgraded to a sub-office”.

Councillor Bill Slattery said that he felt the office could be downgraded to a sub-office, which would result in changes to staffing and services, by “sleight of hand” at local election time.

Councillor Michael Hillery asked the council to provide details of the services that would continue to be provided by the Ennistymon office after changes to the electoral areas in Clare are implemented this summer. He claimed any such downgrading would mean that it “would no long serve the needs of people in North Clare”.

Senior Executive Engineer in North Clare, Stephen Lahiffe reported that there had been five different storms since St Stephen’s night before outlining in a written reply the current situation in the Ennistymon Electoral Area.

In Lahinch, one of the worst affected areas, Mr Lahiffe said “all debris has been removed from the Promenade and surrounding areas. The public car parks are now open and the Pay and Display machines replaced. These had been installed but were again removed prior to the February storm event and will not be replaced until after the High Tide in March. All public lighting has been restored although there is damage to one of the poles again. The sea wall caps have been removed to storage. Public footpaths are being gradually resorted. The drainage network is repaired and Promenade railings made safe. A contractor has been appointed to replace the railings at the Golf Club side. The walkway along the golf club remains closed.”

At the Flaggy Shore, Mr Lahiffe reported that the public road is now open but one location remains flooded. He said “debris has been removed and the carriageway repaired to a level which makes it functional.”

“A specialist contractor engaged to provide an estimate for repair of the causeway” at Aughinish Island, according to the area engineer.

In Ballyvaughan, the pier wall is being rebuilt. “The hole in the deck of the pier has been repaired and a specialist contractor is tendering for repairs to sea walls.”

Doolin, according to Mr Lahiffe, was “completely cleared of debris following the first storm but the February storm undid all the works. The Roadway is open but no further works have been done at present.”

At Clahane all roads are open again but “work is still required on retaining walls and bridge abutments” but water services are restored. In Liscannor “temporary sea defences have been provided at the local roadway to protect dwelling houses. Works have begun on the retaining wall on the R478 at the grotto. Debris was removed from the pier and quay floor. Drainage channels are reopened at the Glebe. Skips have been provided for clean up.”

Mr Lahiffe added that at Fanore debris was removed along with the remains of a whale that had washed up.

In Spanish Point and White Strand, which are also part of the existing Ennistymon Electoral Area, debris was removed and the areas made safe.

Councillor Hillery raised issues regarding damage to private property, particularly with regard to boundary walls. He asked would people whose property was damaged be entitled to funding from Government.

Mr Lahiffe explained that the council was only responsible for infrastructure and that the €36 million needed for repairs in the county was for public infrastructure only and did not include private property.

Mr Lahiffe thanked local people and voluntary groups for their support following each of the storms.

“It is one good thing to come out of storms, it is amazing to me what people can go through and but still come out fighting,” he said.