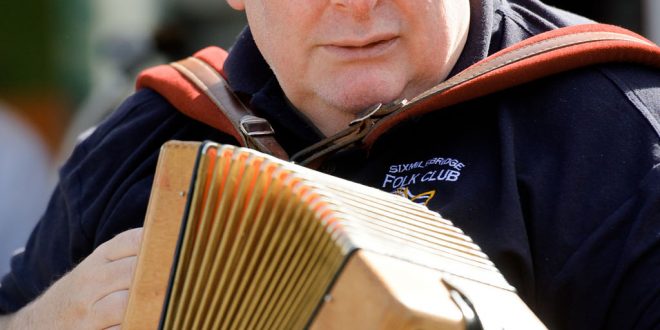 Council in shock over sudden death of senior engineer

The 63-year-old Abbeyfeale native, who moved to live in Sixmilebridge after joining the council in 2001, fell ill on Saturday and died unexpectedly last Monday morning.

At his funeral mass, Bishop Emeritus Willie Walsh paid tribute to the major contribution that Mr Ward made to public service and to the local community, through his musical talents with the Sixmilebridge Folk Club. Musicians from throughout the county played various pieces in his memory during a moving and emotional ceremony attended by a large number of officials from Clare County Council and other local authorities where he previously worked.

An accomplished accordion and concertina player, he could play a variety of instruments, including the fiddle, tin whistle and piano. Funeral goers were told that the deceased had expressed a wish to donate all of his instruments to his beloved folk club.

He had worked in a number of local authorities, including Bray District Council, Dublin County Council, Limerick City Council and in the environment and water services section of Clare County Council.

“Sean was extremely unassuming and got on with his work very quietly and efficiently,” he said.
Senior executive engineer Seán Lenihan said Mr Ward had no interest in the hierarchy of the council or what work should be completed by particular grades, which was illustrated by the fact he willingly spent four days manning emergency phone lines during major flooding in 2009.

A native Irish speaker, Mr Lenihan remembered several times his former work colleague had helped him out by translating road signs into Irish.

During the huge transformation programme involving the transfer of services and responsibilities to Irish Water, Mr Lenihan recalled his colleague dealt with all the daily challenges this presented very capably and efficiently without any major fuss.

Councillor PJ Ryan said the deceased had a huge repertoire of music for every occasion and was particularly generous with his time, particularly when asked to play for children or the elderly.
During his work as an engineer, Councillor Ryan recalled Mr Ward had great knowledge and intelligence, which he put to great use solving technical and numerous local authority issues.

“He was a very easy-going, unassuming person, who had no problem going beyond the call of duty to serve the public whenever this was required,” Councillor Ryan stated.

Predeceased by his parents Jack and Eileen and brother Ken, the deceased is survived by his family, brothers Noel (Dublin) and Colm (Limerick), sisters-in-law Joan and Maire, nephews, nieces, grandniece and grandnephews, relatives, work and music colleagues and friends.