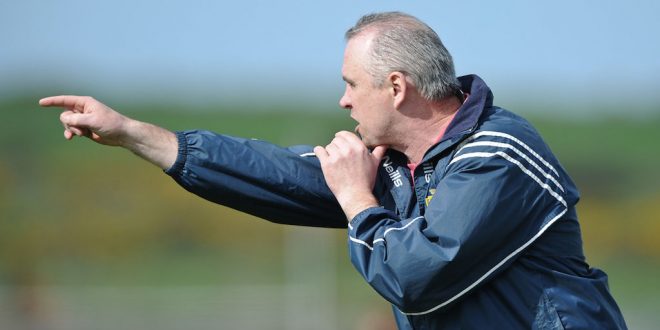 THE managers of the last two county senior football champions have confirmed to The Clare Champion that withdrawing county players from Saturday’s All-Ireland qualifier against Laois was a live option.

County champions and Cusack Cup holders, Kilmurry-Ibrickane, along with their neighbours, St Joseph’s Miltown, are furious that Clare County Board imposed a €200 fine on them and handed the points to O’Curry’s and Doonbeg respectively, after Cusack Cup fixtures were not played on the weekend of June 3.

Clondegad and Éire Óg have also suffered a similar fate, with the points awarded to Lissycasey and St Breckan’s.

All four fined clubs had refused to line-out without their inter-county footballers in the sixth round of the Cusack and Garry cups.

“We are very upset over it. We got a lot of support from the county players but we felt that the nuclear option wasn’t feasible after all the hard work these guys have put in and their long years of service,” Kilmurry-Ibrickane manager Aiden Moloney said, when revealing that the possibility of county players withdrawing their services was seriously considered.

However, he he did say that a withdrawal option could be on the agenda for round three of the All-Ireland qualifiers, if Clare beat Laois.

“We feel very angry that it has come to this. We don’t want to interfere with the [Laois] match but we will have to look at how we can make sure that these players are available to clubs. Obviously, we’ll have to question, in the near future, what the position will be with the county players. We feel very let down by the county board over this,” he added.

Miltown manager Michael Neylon also confirmed that players pulling out of this weekend’s game was discussed.

“Was thought given to it? It did come up for discussion. From our point of view, it throws up a big question about future participation with county teams. That’s my position on it,” Neylon said.
“I do feel strongly about the concept of the players being available to play with the club. We have four county players who contribute a lot to the county and to the club. We entered the Cusack Cup on the basis that they were available. Like Aiden, I hope that the games are replayed. That’s where we stand at the moment.

“We, in no way, want to disrupt the preparation of the county team but we feel that it shouldn’t have come to this. We have discussed this at club meetings and with our players.”

Moloney said that Kilmurry-Ibrickane will appeal the fine and the awarding of the points. “We want the matches to be replayed and we want our players for all Cusack Cup matches.”

County board chairman Joe Cooney, however, said the issue was “discussed and dealt with” at the most recent meeting of the board.

When contacted, Clare football manager Colm Collins said he did not want to be drawn into the controversy and that his sole focus is on the Laois match at the weekend.