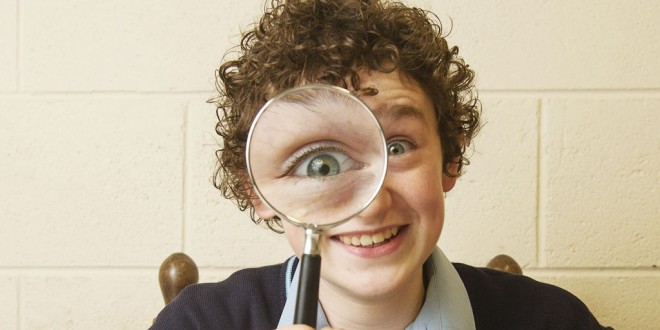 James Madigan of Rice College, one of the Clare exhibitors at the RDS. Photograph by John Kelly.

Clare young scientists at the RDS

THE BT Young Scientist and Technology Exhibition 2015 officially opened at the RDS in Dublin on Wednesday but it is this Thursday and Friday that things begin to really heat up for the entrants.

From the science behind the often controversial voting in the Eurovision Song Contest to the correlation between mathematics and music, the 51st annual exhibition promises to be more exciting than ever with a huge range of projects on offer, guaranteed to fascinate all visitors.

Those in attendance will see the work of 1,185 students in 550 projects, 22 of which are Clare entries. The exhibition at the RDS represents the culmination of hours of painstaking research for the entrants. Quite a few continue to develop ideas that they started in the previous year.

The greatest number of entries from Clare are from Mary Immaculate Secondary School in Lisdoonvarna, which has a long association with the competition. Also among those taking part are students from Ennistymon CBS; Rice College, Ennis; Kilrush Community School; St John Bosco Community College, Kildysart; Scoil Mhuire, Ennistymon and Ennis Community College, Gaelcholaíste an Chlaír, as well as Seamount College, Kinvara.

However, it’s not only second-level Clare schools that are featuring in the exhibition. Science is now very much a part of primary education, which is reflected in various dimensions, including growing, recycling and energy-saving Green Flag schemes.

Three primary schools in Clare, Barefield National School, Ballyvaughan National School and St Mochulla’s National School, Tulla, will take part in the Primary Science Fair at the exhibition, which will attract 40,000 people making it one of the largest events of its kind in Europe and indeed the world.

The exhibition will be open to the public from Thursday to Saturday, with tickets available at the door. 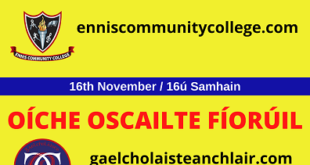