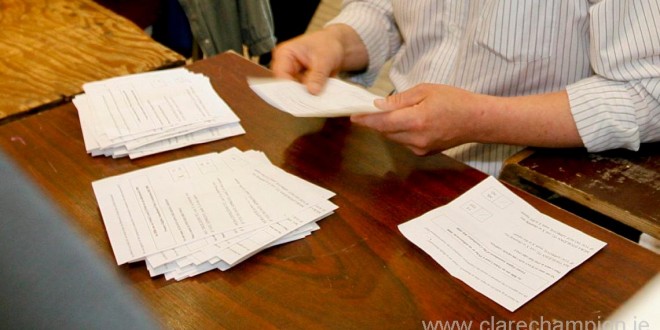 CLARE voted  yes in Friday’s referendum on same sex marriage. When Returning Officer Pat Wallace announced the result in Ennis Courthouse shortly after 5.30pm on Saturday evening, it emerged that 58.3% of people in Clare voted yes. A total of 28,137 voters in the county backed the right to same sex marriage. The valid poll in Clare was 48,291.

Amongst the places in Clare to vote yes in large numbers were Quin, Cratloe, Ennis, Sixmilebridge, Clarecastle and Shannon.

Meanwhile Clare rejected the Age of Presidential Candidates referendum by a margin of 75.99% to 24.01%. The valid poll in this referendum was 48,615.