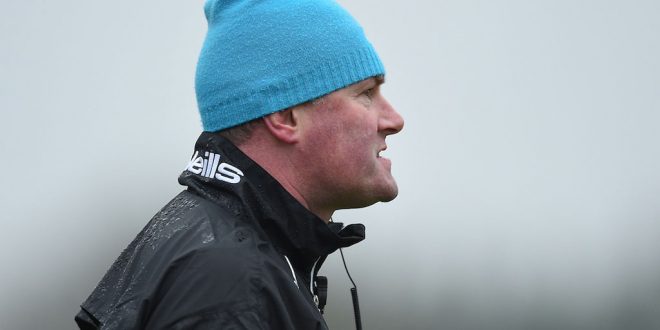 Clare need to learn from Newbridge

In the immediate aftermath of Clare’s five-point defeat yet promotion-clinching league game away to Kildare on April 3, Mick Bohan identified strengthening the panel as a priority come the 2017 season.

Saturday’s league final will, of course, feature largely the same personnel but it will be fascinating to see how Clare have evolved since playing the same opposition just three weeks ago. Club fixtures have cut into their preparation time but a feature of Clare this season has been their response to defeat. Losses to Tipperary and Offaly were followed by immediate improved performances and wins in their subsequent fixtures.

If Clare can follow their defeat to Kildare with a win, or at least an exceptional display in Croke Park, it will further underline the quality of their preparation and their capacity to learn from game to game.

“What has to happen now is, we have to put a plan in place for everyone involved in football in Clare including the seniors, U-21s, minors, development squads and clubs,” Bohan said following Clare’s promotion.

“You won’t sustain this on a solo effort. In fairness to Kildare, they just had more footballers available to them than we had. That’s what’s going to happen. You’re going to come up against counties who will have 25 or 26 strong footballers. The positives are the developments made by people like Pearse Lillis and Cian O’Dea this year. If we could get our hands on four or five other fellas who hadn’t committed, the whole thing can improve. We need that strength in depth. We’re asking the same fellas to do all of the work and it’s nearly too much at times. The game is a 21-man game. That’s the way the game has gone and you need the five or six coming off the bench to stay at the same level. That’s what we have to strive for, although I think we have made big strides in a short period of time,” the Dublin-based coach acknowledged.

Playing in Croke Park for the second time in three seasons is a huge achievement for this group of players while, on a broader level, it is a huge marketing opportunity for Clare football. Young footballers throughout the county can see that playing for the county in Croke Park is not an unrealistic aspiration.

One man with plenty of Croke Park experience is Podge Collins, who has played in All-Ireland senior and minor finals at GAA headquarters. Outstanding in Clare’s NHL semi-final defeat of Kilkenny in Thurles last Sunday, Collins’ presence on the football panel is a massive boost.

“Podge is infectious around the place. I don’t think that our lads knew what workrate was until Podge arrived. They all thought they knew what it was and they all believed that they had a high workrate but I think when he arrived, he shamed them into real workrate,” O’Mahoney maintained.

On a general level, he is effusive in his take on how Clare have progressed in recent seasons.

“They have huge strides made in three years. I thought Kildare finished with five very strong forwards the last day. We tired a bit and our bench didn’t seem to do the damage that their bench did. But even if things are going badly for Clare, they believe in the way they are playing. If 20-plus lads believe in the one thing, they are always going to be hard to beat,” the Doonbeg man observed.

Clare v Kildare will throw in at 6pm in Croke Park on Saturday.