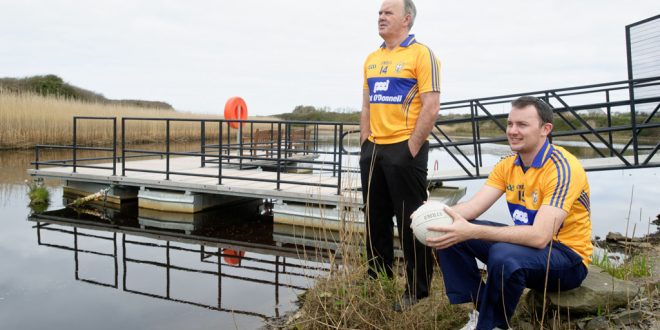 THE Tubridy household in Doonbeg is steeped in football lore and when David lines out for Clare at Croke Park on Saturday evening, family members led by his father, Tommy, will be there to cheer him on.

It won’t be the first time a member of the family will line out in a National Football League Division 3 final at headquarters.

Forty years ago, Tommy, then still a teenager, was in the side along with another teenager, John McGrath, that faced Armagh in the final. They lost a replay by the minimum margin.

Both Tommy and John are sure to have a quiet word on Saturday evening about how close they came to capturing the title but they will both be cheering loudly for Clare and their sons, David and Shane, as they seek to go a step further against Kildare.

“We were beaten in the ’75 final by a physical Monaghan side in Portlaoise. A year later we faced an Armagh team with the likes of Tom McCreesh, Joe Kernan and Paddy Moriarty and were pipped in a replay. Armagh went on to contest the All-Ireland final in ’77. We had a number of players ruled out for the replay due to injury, including Joe Cullen, Johnnie McMahon and Martin McKeogh and then we lost John McGrath early in the game,” Tommy Tubridy recalled this week.

Joe Hurley, from Doonbeg, was the Clare team manager, with Paddy Quinlivan (Kilmihil) and Noel Walsh as selectors. The late Fr Pat Cotter trained the team.

Looking ahead to Saturday’s game, Tommy says, “It’s great to see Clare football on the way up again. Playing in Croke Park is something that every player dreams about and I was fortunate to get there on a few occasions”.

He is delighted to see David getting the opportunity now and is satisfied that “Clare will hold their own in Division 2 and the progress that has been made might encourage more players to commit.

Hopefully, we can pick up another five or six during the upcoming championship. The commitment is unreal compared to our time. The players’ social life is non-existant once things kick off in January. These guys are very committed”.

Meanwhile, David said he is thrilled to be back playing football and not worrying about injuries. He missed a lot of last season because of a groin problem.

Tubridy is also delighted to get the red card he picked up after an incident with Kildare defender Ciarán Fitzpatrick rescinded. He successfully challenged it at a meeting of the Central Hearings Committee in Croke Park on Thursday night last.

“It’s a relief. They [Croke Park] saw the video and that cleared the way for my return,” he said this week.

The Doonbeg sharpshooter is satisfied that huge progress has been pade in the past three years.

“Colm [Collins] has changed Clare football around and a second league final and promotion in three years should attract more younger players to commit to the team. When we got to the Division 4 final, young fellas were mad to play the game. Seven U-21s came into the squad this year and they will get a chance to play in Croke Park this week, which is what every young player dreams of.”

The fact that Clare have already secured promotion to Division 2 does not mean they will be any less determined.

“We go out every day to win. I have been playing a good few years now and I only have a McGrath Cup medal and it would be great to get some more silverware.

We are going out to win the game and we will be delighted to see Gary [Brennan] go up for the cup and we will be doing all in our power to bring that about,” David concluded.