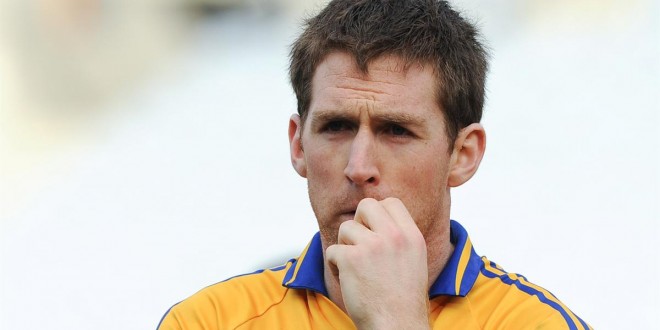 TRADITIONALISTS will not accept this view but there is a cogent argument that Sunday’s league game is a more important fixture than Clare and Limerick’s Munster Championship date on May 23 in Ennis.

If Limerick lose in Newcastle West this weekend, they are very likely to be relegated. They would have to hope that Louth and Wexford don’t win either of their last two games to have any chance of surviving on score difference.

Furthermore, Limerick would have to beat Louth in Drogheda in their final league game. If they head to Drogheda on the back of a win over Clare, they might have some chance of beating Louth but if Limerick can’t win at home on Sunday, their two-year stint in Division 3 will come to an abrupt end.

With all that in mind, Clare can expect a formidable last stand from Limerick. With key forward, Ian Ryan back from injury and veteran wing-back, Pa Ranahan recently returned to the panel, Limerick will have more options.
Clare, meanwhile, will have to plan without Ciarán Russell, who picked up an injury in Éire Óg’s Cusack Cup fixture against Doonbeg on Saturday, while David Tubridy is still sidelined with a groin injury that has been troubling him for several months.

Although Enda Coughlan came on for 20 minutes for Kilmurry Ibrickane against Lissycasey in the Cusack Cup last weekend, he is unlikely to be risked in a fixture of such magnitude in Newcastle West, as he continues his comeback from a cruciate knee injury.

Clare’s penultimate league fixture will tell a lot about their confidence levels following back-to-back defeats to Tipperary and Armagh. While they were very poor in Thurles, Clare did turn in a decent second-half display at home to Armagh. They can definitely take something from that.

The area Clare must improve upon most is how they set up defensively. They are simply conceding too many scores against the better teams and while Limerick are not as potent as Armagh or Tipperary, Clare will have to be mindful that while they are capable of kicking enough to win the game, they must tighten up at the back. All of that responsibility does not rest with the six defenders and Joe Hayes in goals. Their efforts need to be supplemented by their midfielders and half-forwards who must try to ensure that Limerick don’t hit Clare on the break, flooding into space on the counter-attack. That happened against Tipperary and Armagh, when Clare turned over ball high up the field and within seconds conceded a score.

Selection-wise Clare may have to make a change at wing-back for Russell. While they might be tempted to move Jamie Malone to the half-back line, he played well at centre-forward against Armagh. Clare could opt to start Stephen Collins at corner-back and move Dean Ryan to the wing or, alternatively, Seán Haugh or Chris Dunning could slot in at wing-back.

Up front, they have the option of starting Cathal McInerney, who would bring a goal-scoring threat, along with a reliable left-footed free-taking option. Every point will be crucial on Sunday and while Gary Brennan can take frees with his left foot, McInerney is a top-class exponent in this regard.

Championship will be very important come May 23 but staying in Division 3 and further developing this group of players is more important long term.

Expect Clare to throw everything at Limerick and eventually emerge with a narrow win following a full-on 70 minutes of football.

Limerick v Clare will throw in at 3pm on Sunday.