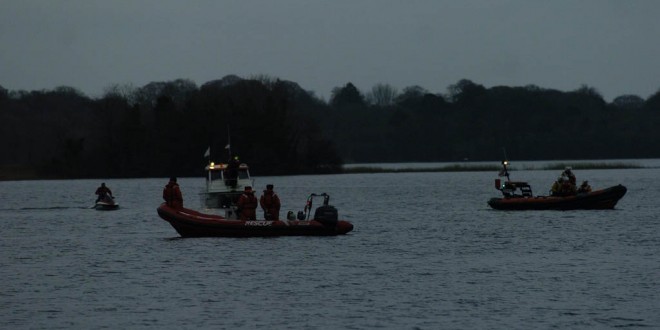 Clare camogie and a South-East Clare community have been left “devastated” by the tragic death of a popular man.
Residents in Truagh and Clonlara, the local camogie club and camogie enthusiasts throughout the county are mourning the loss of Declan Fahey whose body was recovered from the Head Race canal near Ardnacrusha Power Generating Station by Killaloe Coastguard on Thursday night.
The 48 year-old father-of-three was the chairman of his beloved Truagh and Clonlara Camogie Club where he devoted countless hours coaching underage camogie teams.
Mr Fahey was one of the driving forces in their emergence as a very young senior camogie side with the potential of success over the coming years after he played a major role in guiding his club to a string of underage success.
In addition to managing the Truagh and Clonlara senior side, he was also training their U-14 side.
A member of the Clare County Board grading committee, he was planning to attend the Camogie Association’s Annual Congress in Croke Park, where amendments to the playing rules were discussed on Friday and this Saturday.
The Dromahinch native worked with Irish Cement on the Dock Road in Limerick. He lived in a new bungalow across from Truagh Church with his wife, Joan, a local woman, who is also actively involved in the promotion and development of camogie in the club.
Clare camogie board chairman, Joe Robbins said his family, Clare camogie and the local community have been left “devastated” by his death.
“Declan Fahey was a great camogie man full of enthusiasm and energy. He was a very dedicated family man and played a huge part in the underage success of Truagh and Clonlara Camogie club over the past few years.
“Everything in his life was dedicated 110% to camogie and worked around the clock for his club. People in the club and the county are shattered by his death. It is so sad for his family and large circle of friends.
“He will be a huge loss to his club and the county. Our heart and prayers go out to his wife, Joan and family,” he said.
His views were echoed by Councillor Michael Begley, who recalled Mr Fahy had spent several years promoting underage camogie in his club.
“His death has left his family and the local community devastated,” he said.
Killaloe Coastguard was tasked at about 8.15 pm on Thursday night and had reached Clonlara by water at around 8.30 pm where a massive search operation was mounted.
It included the R115 Shannon-based rescue helicopter, Limerick Fire Service, Limerick Land Rescue Service and the Killaloe Ballina Dive Unit before his body was recovered at around 10.30 pm by members of Killaloe Coastguard.
His body was brought back to Killaloe Coastguard’s base at Pier Head, Killaloe where a doctor from Shannondoc officially pronounced he was dead.