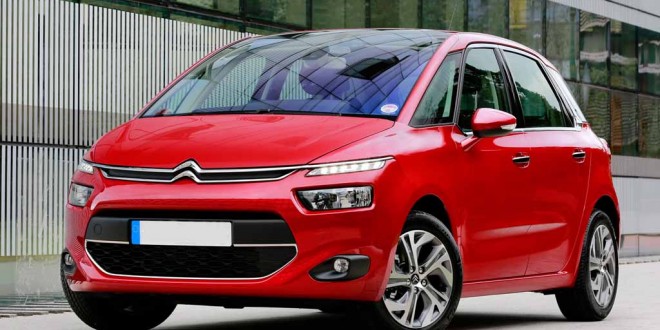 Every now and then, a test car comes along that delivers a lot more than expected. From the off, though, Citroën’s C4 Picasso impressed me greatly.

I wasn’t even sure what it looked like, having had to miss the Irish launch, but what greeted me was an exceedingly handsome car, with looks that are up to the minute.

The interior is even more impressive, with a 7” touch screen easily accessible on the dashboard. If that’s not enough, this is joined by a secondary 12” widescreen, which is used to display all kinds of information and also becomes the clearest satnav screen I’ve ever seen in a car. This kind of technology is rarely seen in the class and it’s good to see such a step forward.

The screens are used to control virtually every aspect of the car, including the audio, navigation and even the climate control systems. This allows Citroën to reduce the number of hardware buttons on the dashboard and the result is a very clean, modern look.

There are a number of buttons ranged around the touch screen which enable major functions to be selected, with relevant choices appearing on the screen.

In the case of the climate control, particularly, I found that the touchscreen was unnecessarily complicated and I would have preferred the more usual arrangement of dials and switches to control heating and ventilation.

It’s an awful pity, too, that you can’t play a video file on that gorgeous screen. I’m sure some clever clogs will work out how to make that happen but I’d love to have seen the facility there as standard.

A nice high seating position suits the car’s purpose and there’s plenty of lounging space both front and rear. A very nice feature is the panoramic windscreen which runs all the way into the front of the roof, giving a really broad view of the road ahead and letting in acres of light. If the light gets too glaring, the roof area can be covered by sliding the sun-visors forward, so all bases are covered. It’s a really neat solution. Add to that the huge glass area and narrow pillars, particularly at the front of the car and you have a car that’s incredibly easy to place on the road. MPV’s, in particular, often suffer from blind spots caused by thick pillars and I reckon any car designer should look at the Picasso to see how it should be done.

To drive, the Picasso isn’t set up to be a sports car. It’s based on a brand new chassis which will underpin quite a few Citroën models in the coming years and the quality is there. While it’s 140 kgs lighter than its predecessor, it scored a five star safety rating, together with a best in class score of 88% in the child occupancy test.

The ride is super-soft, a classic Citroën trait, but handling doesn’t suffer as a result. The steering is crisp and direct and the car is always provides a very pleasant drive. Bumps taken at speed can sometimes induce a bit of bounce, but that’s to be expected with the soft springing.

My test car came with the familiar 1.6 litre diesel engine and provided plenty of power in all situations. This is expected to be the mainstay of the range and with fuel economy of 3.8 l/100 km and a class first sub 100 g/km CO2 figure, it’s not hard to see why.

Standard features across the range include Bluetooth, 16” alloys, panoramic windscreen and the touch screen interface.
With the range starting at €24,495, it’s a welcome competitor to the MPV class. Although this particular car is a five seater, with over 600 litres of boot space, later this year the range will be joined by a seven seater, offering even more flexibility.