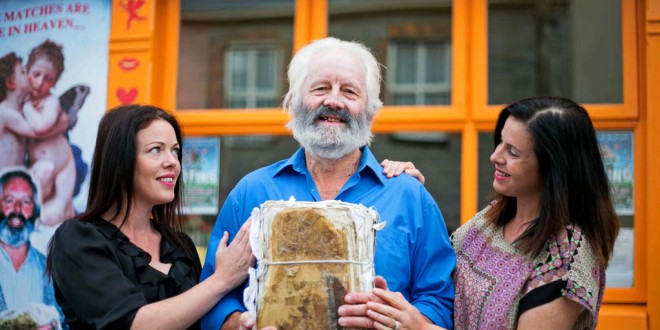 An American “celebrity” mother and daughter will be hoping that cupid’s arrow strikes next month during the 157th Lisdoonvarna Matchmaking Festival.
According to one of Ireland’s last traditional matchmakers, Willie Daly, the duo joked they would consider hooking up with an Irish father and son during the festival.

Mr Daly insists the two Americans are quite “famous and well known in the acting industry” and would be regarded as a “celebrity” couple. However, he isn’t at liberty to disclose their identity at this point in time.

He said the mother who was well off and married previously but was keen to find an Irish man who was willing to marry her.

They will be part of two large separate groups of Americans travelling from NewYork, MIllapolios and Chicago who will be looking for love on from September 12 to 17 and September 20 to 20th.

While Americans are frequent visitors to the Spa town for the matchmaking festival, the third generation matchmakers outlined it is usual to have a group of 23 and 17 people booking to travel in two separate groups.

“A lot of women from outside Ireland want to meet an Irish man. There is also a lot of Irish men and women in the early thirties who are not comfortable meeting partners in the traditional social scene and want to do so in a different relaxed environment in Lisdoonvarna.
“I think the ability of Irish people to enjoy themselves is a very attractive feature particularly for people from other countries. Irish men tend to drink a lot when they are out socially, enjoy dancing and having fun and a good time, which is important for a prospective partner.

“There is another group of people ranging from 32 to 52 who were involved in a relationship that went wrong who are now looking for a partner.

Mr Daly is using his “lucky book”, which is over 150 years old and was used by his grandfather when his was matchmaking. In fact, it includes entries dating back as far as 1850.
According to Mr Daly, if you touch his “lucky book” with two hands you will be married and in love inside six months.

“If you are already married, you will give a chance to recreate your honeymoon within two weeks, provided you are able for this,” he joked.
Despite of the recession, he said that the huge volume of people attending the festival haven’t fallen, apart from a noticeable drop in Cork visitors last year on the weekend the Rebels played Clare in the All-Ireland final replay.

He admitted that women from other countries don’t have the same hang ups about dating an older man compared to Irish women.
With visitors coming from as far away as Japan, the festival has taken on an international dimension in recent years and this has in turn generated a lot of media interest in the North Clare spa town.

Willie’s daughter, Claire Daly started matchmaking with him in 2008 but put it on hold two years ago, having moved to Lanzorete with her husband, Brian Richardson from Doon, who works with Ryanair.

The Lisdoonvarna match making festival is fantastic for all ages. The dancing is brilliant from Monday to Thursday for people who are aged 40 and upwards. People can dance in three venues from mid-day until the evening.

“A lot of local people don’t realise what is on their own doorstep. There is great entertainment to be had for people who are retired. If you like dancing waltzes and jives, Lisdoonvarna is the place to be during the day and you can look for a match at night.

“There are places that cater for young and old people but they all end up mingling together in the same venue at night. Couples who I would have introduced in Lisdoonvarna come back and meet me a few years later,” she said.

She hopes to return to Ireland and resume matchmaking in a few years. Willie’s other daughters, Elsha and Grainne help him to choose partners for younger people.

Previous Second level school dilemma
Next To the Moon and Back