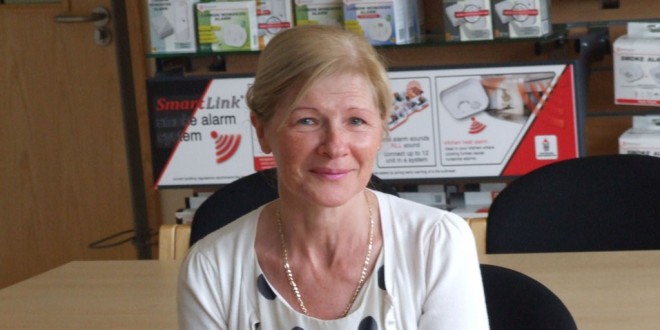 FOR Newmarket-on-Fergus woman, Catherine Coughlan, her voluntary work for Milford Care Centre is time she gives back to the community because of the help and advice that someone close to her received when they needed it most.
Catherine is a HR and payroll specialist in EI in Shannon and a volunteer with Milford Care Centre Bereavement Support Service since 2013.
This service offers individual and group support to adults and children in the Mid-West who are grieving the death of someone close.
Some years ago, someone close to Catherine was struggling to cope and she was at a loss on how to deal with it. “I just felt that I didn’t know what was out there, or where to go,” she explained “but the people he met on his way were so good to him that it made me feel that I just wanted to give something back to the community. So, I studied counselling; I’m still studying it”.
Meeting Catherine, you can feel the warmth she has for others and her empathy and concern for people facing difficulties, but she modestly plays down her own contribution as a bereavement support volunteer.
“The most valuable thing that I can give is my time. That’s really what I give, my time, though I’d love to be able to give more,” she said.
Catherine works with another volunteer as a group facilitator of bereavement support groups for adults who are grieving the death of their spouse, their parent or their child and in facilitating a monthly drop–in support group.
She has found that her training as a counsellor complements her HR role in EI, where a major recruitment drive in recent years has seen the size of the Shannon plant’s workforce treble.
“You come across all sorts of things. It’s not that my role here in EI is to solve their problems but it’s probably just to guide them to where they have to go.
“Everybody suffers grief at some time. A lot of people think that Milford’s Bereavement Support Services are just there for people who have had previous contact with Milford. What I always tell people is that Milford is there to support everybody that is going through grief after the death of someone close.”
Volunteering in the bereavement support services, Catherine uses her listening and group facilitation skills to create an atmosphere of warmth and understanding, in a place to which bereaved people come to share their experience of loss with others who understand.
Last year, when she facilitated her first bereavement support programme with parents who had lost children, Catherine was a bit nervous about how the seven weeks would go and she hoped that parents would gain from the programme.
“I have to say of all the things I’ve done, I think it was the best thing ever. It’s very rewarding. I know it’s a cliché but it’s so humbling to be allowed to hear their stories and to work with them and see how they grow as a group when they’re together and they’re all sharing the same pain. It is really amazing,” she said.
While partly-funded by the HSE, initiatives such as the bereavement support services and compassionate communities project are also funded through the generosity of the public, through donations and through the annual Milford Fair Hospice Fund-Day, which goes ahead at the UL Arena on August 30.
The annual Milford Fair is a great day out for all the family and admission is free.
With face painting, plenty of games and entertainment for children, vintage cars, barbecue, live music, pig on a spit and much more to catch the eye of the adults, everybody will be well entertained.
All this will follow the sponsored fun walk, which gets underway at 12.30pm at the university campus.
People can also help by baking a cake or donating items for the cake and plant stalls, while businesses can also make donations.
Further information, including sponsorship cards for the 5km fwalk, can be had from the fundraising department at Milford Care Centre, at 061 485860 or 485859. 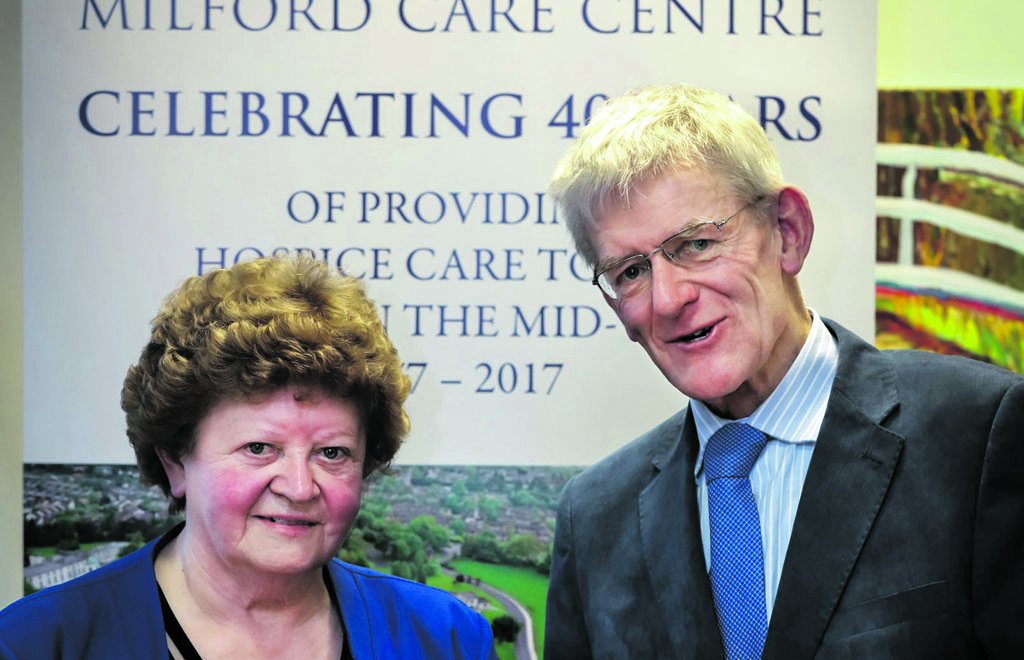 Celebrating on the double at Milford