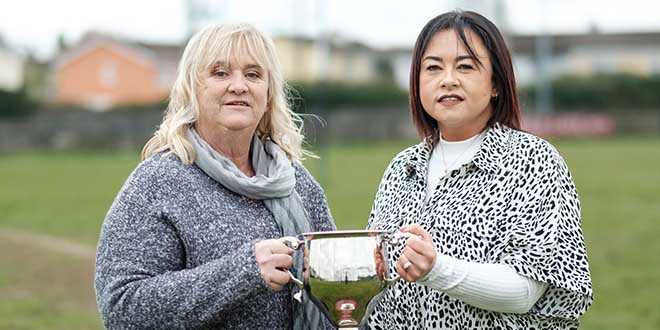 Brothers in Arms Legacy Lives On

TWO Ennis families will come together, a year on from Ennis Rugby Club’s U-15s North Munster Cup win, to present a newly-established Brothers in Arms Cup dedicated in memory of Jack Kenneally and Shay Moloney.

On April 28, ahead of the first anniversary of Jack and Shay’s tragic passing as they enjoyed the summer sunshine swimming in Ennis, the Kenneally and Moloney families will join in solidarity to present the cup to the new U-15s champions.Coaches Eamon Connaughton and Pádraig Brennan decided to dedicate a new North Munster Cup in memory of the two players, who are deeply missed but never forgotten.

Shay’s mother Fiona said, “The cup means so much to us as a family; it is lovely. We were so involved.Most of my Sundays for years were spent on the sideline, so it was like they were all my children. Shay’s favourite things were family, rugby and friends and they were one family. It’s beautiful to have Brothers in Arms on it because that was what the home team was.”

Jack’s parents, Seán and Tina, view the cup as a great tribute. “It is true what they say about rugby; it is like one big massive family. There is no club that will treat you as well as the rugby club. It’s six weeks to their first anniversary and this crew have not forgotten who we are,” Tina said.

The Kenneallys said the rugby club, and in particular the coaches, Eamon Connaughton and Pádraig Brennan, who the lads called Paudie B, had a huge impact on their son’s life, both on and off the field. Eamon described them as: “Two fabulous young lads, who are missed hugely by their friends and their coaches. The idea behind the new trophy was so that they continue to be remembered, particularly around the month of May.”

Both boys had lifted the U-15s North Munster Cup prior to their passing. Now each year, with the dedication of this new cup and as their anniversary approaches, their spirit, drive and enthusiasm for rugby will be embraced and taken into the arms of every U-15 cup-winning club.

Carol Byrne is a reporter at The Clare Champion newspaper reporting on news in the East Clare area and the arts. She also covers the courts in County Clare and has received seven national awards for this coverage from the Law Society of Ireland and a National Lottery Local Ireland national media award for Best Community Story 2019. A Masters in Journalism graduate of NUI Galway, she also holds a Bachelor of Arts from the University of Limerick in Music and Media Studies, and a Higher Diploma in Irish Legal Studies. She began her career interning at The Limerick Leader and Clare FM, before taking up a full time post at The Clare Champion in 2006.
@@Carlsburn
Previous Clinical Directors of UL Hospitals Group issue open letter to the Mid West
Next Clare Ring The Changes For Munster MFC Showdown With Waterford 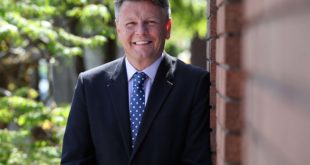