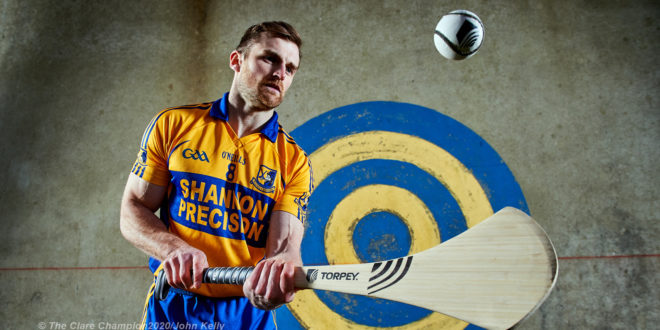 THE great clash of the ash in hurling could soon be replaced by bamboo on bamboo if a new type of hurley takes off.

Torpey in Sixmilebridge have launched a new Bambú hurley, made, as the name suggests, from bamboo material, which will be imported from China.

According to Seán Torpey, operations manager at the long-established traditional craft business, the new hurley will offer players a natural material with added performance benefits to that of the traditional ash hurley. He notes that many attempts have been made over the years to use synthetic materials to replicate the ash hurley, but few have met with any great success.

“Since the formation of the GAA in 1884, ash hurleys have been the favoured material of players up and down the country. The Bambú hurley offers a genuine natural alternative to ash hurleys,” he says.

The bamboo hurley has been trialled by some of the top inter-county during the initial stages of the 2020 national league and over the lockdown period. It has been used by players from several counties and Clare stars such as Séadna Morey, John Conlon and Tony Kelly have all been extremely impressed, and Seán says the revolutionary hurley may now see championship inter-county hurling in 2020.

It was in looking at the long-term availability of ash that Torpey set out to produce a hurley of the highest quality from a performance and sustainability perspective. The process began in 2014 when Seán and his father, John began to explore the possibility of alternative materials to ash. They undertook vast material research and built up contacts across the world.

Seán explains, “One such place which proved a major contributor to the project was Loughborough University in the UK. The prestigious sports university was the scientific and material testing site for Bambú. The research team completed rounds of testing on the product and qualified the strength, strike, and consistent qualities of Bambú.

“Players that have undertaken product testing have agreed with the scientific testing and the consistent strike is a major pleasing factor. Players also enjoyed the natural feel and stated they could not tell the difference between Bambú and ash hurleys.”

Torpey’s tagline for Bambú is ‘’Engineered Hurling Performance’’. Bambú will see a new process for manufacturing the hurley. The hurley will be manufactured under modern CNC technology but can be tailored in the traditional way to suit the needs of the modern player. Hurlers are known to be extremely conscious of the overall balance and weight of a hurley, so the length, size of the bas and heel can be varied.

Seán says, “The consistency in material and production will ensure players can achieve their desired balance and weight requirements every time. Torpey understand the unique nature of hurley production and will deliver Bambú hurleys to allow players to take their performance to the next level.”

Who knows, perhaps on day we will see a player with a bamboo hurley shoot the winning score for Clare in an All-Ireland final.