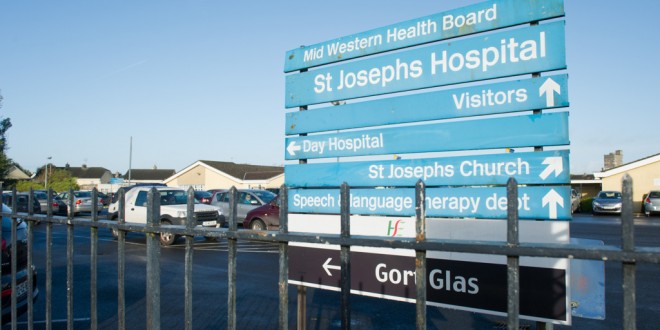 DESPITE some positive feedback from residents about the care they receive, HIQA inspectors found that significant problems exist at St Joseph’s Hospital in Ennis.

One of the criticisms made in a report published on Wednesday was that there is a “failure to ensure that residents’ privacy and dignity was upheld at all times during the provision of care”.

The inspection report found that staff cannot deliver care in the way required because of the state of the facilities. “The curtain layout in some bedrooms was such that it was not possible for staff to deliver care in a dignified way. For example, screen curtains do not always meet and so the resident receiving the care is at high risk of being inappropriately exposed. Inspectors observed a resident receiving personal care in an undignified way.

“Another example of an affront to dignity was observed for a number of residents as a result of staff not managing and responding to a resident’s specific continence needs appropriately. These observations confirmed that residents’ rights and dignity is not seen as a part of care delivery.”

It is up to HSE management to put it right, the inspection found. “As stated in the last three reports, residents’ rights to appropriate standards of privacy and dignity is impacted on by the provision of insufficient personal space. This issue is outside the control of those working in the centre on a day-to-day basis and requires definitive action by senior HSE managers to effect the necessary action.”

On the credit side, the inspectors said they “received very positive feedback about the care received on a day-to-day basis”.

“Residents and relatives spoke positively of staff and indicated that staff are caring, responsive to their needs and treated them with respect and dignity.”

They found that the management of the hospital needs “to be significantly strengthened and improved to ensure that there was sufficient monitoring and oversight”.

Under the heading of infection control, the inspectors found that taps have layers of limescale that are not amenable to cleaning, while cobwebs and spiders were evident on ceilings, walls and corners in bathroom. Windowsills in some aresa had dead flies and bathroom walls were stained.

When inspectors spoke to residents, they were told that there have been improvements. “Residents were very vocal in identifying the improvements to their quality of life achieved, as a result of the reduction in the number of residents accommodated in the multi-occupancy rooms from six to four.”

However, it found that there was much anxiety among residents about whether this situation would be maintained and the inspectors found “this constant uncertainty was an ongoing cause of concern and stress for residents”.

In terms of the management of challenging behaviour, the inspection found that “assessment and care plans in relation to the use of restraint required significant improvement”.

It added, “The ongoing assessment of the continued need for restraint was poor. For example, on one unit, inspectors looked at the assessment of continued need and the records evidenced that there was more than a 12- month gap between assessment dates.Bed rail assessments were completed by the nursing staff without evidence of input from the general practitioner or allied healthcare professionals in the decision process.”

A compliance plan has been included with the report, which contains measures designed to improve the performance of the hospital.